The change in the number of votes after a recount of Republican ballots in Escambia County was negligible.

A recount is under way across the state, at the request of third-place finisher Tim James. He is hoping to gain enough votes in the recount to overtake Robert Bentley, who will be in the July 13 runoff with first-place finisher Bradley Byrne.

In Escambia County, election workers began at 8:30 a.m. with the tedious job of re-feeding all of the Republican ballots into the machines. They were finished in about an hour and 15 minutes.

Probate Judge Emilie Mims said any votes were not read by the machine were hand counted, and only a few needed to be hand-counted.

Statewide as of Tuesday night, James had actually lost some votes. Most counties showed a small change, with little impact to the overall results. In Elmore County, where Byrne beat Bentley by just one vote, Bentley picked up enough votes in the recount to win the county. 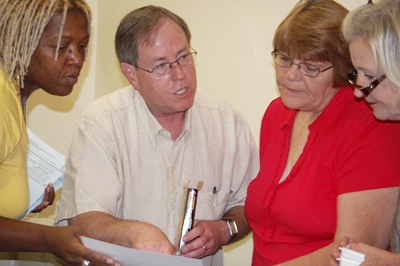