Investigators with the Escambia County Sheriff’s Office are once again seeking information surrounding a theft in the Atmore community.

According to Lt. Adam Johnson, a GMC one-ton truck was stolen from Crop Production Services (CPS), located at 800 18th Ave., sometime Tuesday evening. In the process of stealing the vehicle, the thief rammed the gate securing the facility, which he hurdled using the business’ mailbox.

“Workers arrived and noticed that the gate to business had been knocked down and that a truck was missing,” Johnson said.

Upon arrival, sheriff’s investigators began searching the area for the stolen truck, which was discovered shortly thereafter on Brazzell Hill Road.

“The suspect had fled the scene,” Johnson said.

According to Johnson, the dog teams from the Alabama Department of Corrections and Century, Fla. were called to the scene to sniff out the thief to no avail.

“The dogs attempted to locate the suspect, but it appears he was picked up by another motorist,” Johnson said.

Following the failed tracking of the suspect, the ECSO processed the scene.

“Evidence was collected by the Sheriff’s Department and investigators are working leads now in an attempt to locate the suspect,” Johnson said.

The theft occurred one week to the day following six vehicle break-ins throughout the Canoe area and burglaries at a junkyard in the Little Rock Community and Wayside Grocery on Hwy. 21. During those burglaries, thieves stole various items ranging from a credit card, trailer and various scrap metals.

“The scrap metal prices have skyrocketed again, including copper, tin and those different type metals and we have seen an increase of stealing,” Lambert said last week. “I want to caution people to be aware and to keep an eye on their personal property and to take note of the things they’ve got and watch it because these people are riding up and down the road during the day time when everyone else is gone to work and they are stealing it. It’s two or three weeks sometimes before people notice some of this stuff is missing and we are too far behind it then because it has already gone to the scrapper and can’t identify it.”

Johnson said that it appears that the CPS theft fits the same “MO” (method of operation) as last week’s burglaries in Canoe. 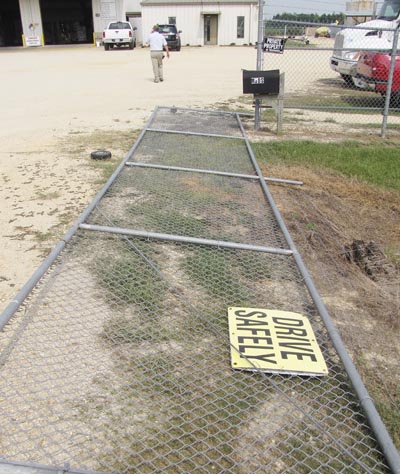