A Troy man convicted of the 1993 murder of his girlfriend is scheduled to be executed today at Holman Correctional Facility in Atmore.

Holly Wood, 50, petitioned the Court for a stay of execution, contending he is mentally disabled and had insufficient counsel when a jury recommended he receive the death penalty for the murder of his former 34-year-old girlfriend Ruby Gosha.

According to an Associated Press report, Wood’s petition states, “it is undisputed” that Wood has an IQ below 70, which would place him in the range necessary to be classified medically as mentally retarded.

The petition also says that attorneys should have told jurors about Wood’s mental condition during the sentencing phase of the trial.

According to the AP, the Alabama Attorney General’s Office filed a brief late Wednesday asking the Court to allow Wood’s execution to proceed, arguing all his claims have been heard previously be federal and state courts.

The attorney general said Wood helped several jobs and was a fully functioning member of society prior to his murder of Gosha.

Wood, 33 at the time, was convicted of breaking into Gosha’s home and shooting her in the head with a shotgun as she was lying in bed on Sept. 1, 1993.

“He exhausted all his state remedies — the Alabama Court of Criminal Appeals, Alabama Supreme Court, then Federal Court, arguing his constitutional rights had been violated,” McAliley said.

It was in federal court, a judge tossed out the death sentence on the basis Wood’s lawyer failed to tell jurors Wood had an IQ of less than 70 and had been classified as mentally retarded, reported the Associated Press.

Then in the 11th U.S. Circuit Court of Appeals in Atlanta, the death penalty was reinstated, arguing Wood “failed to show that the lawyer was unconstitutionally ineffective.”

At the time of the incident, Wood was 33. He was arrested at his father’s home in Luverne, where a 12-gauge shotgun was found under a pile of leaves.

“He was a most dangerous person, and we’re very fortunate he doesn’t hurt more people,” McAliley said in a former article. 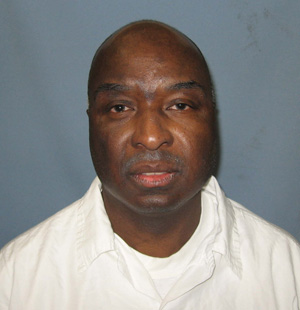 Holly Wood is scheduled to be executed today at Holman Correctional Facility.|Submitted Photo

ACH offering class on how to save money

The uncertainty of today’s economy has more and more consumers taking advantage of the sales circulars most commonly found in... read more