For more than 50 years, residents in the Bratt Crossroads community have been able to do a little grocery shopping without having to drive more than 10 miles to the store.

Lawrence and Doris Cooper, along with their children, have owned, operated and managed Cooper’s Grocery for 54 years, but that era is coming to a close.

Doris Cooper said the closing will be coming closer and closer in the coming weeks.

“We won’t just close down this week,” Cooper said. “We are just going to gradually close over the next couple of weeks.”

Although age figured into a reason behind the Cooper’s closing the landmark business, the economy also played a part in the decision.

“It’s mainly an economic thing,” Cooper said. “Business has changed a lot over the years. And, we are getting older. It’s just the right time.”

Cooper said the business began in a building situated at the crossroads in the Bratt community to serve as a grocery store for the residents in the area.

Lawrence Cooper still makes it a point to be at the store every morning, Doris said.

“He comes down to the store every day,” she said. “He isn’t able to work it like he used to, but he still comes. This is his place.”

Cooper said the customers have patronized their store well over the years, especially with the addition of a deli a few years ago.

“We added a deli in here and people came,” Cooper said. “We used to sell gasoline, but we stopped that three or four years ago. It’s just not a big business anymore.”

Cooper said she wasn’t sure just which day the store’s front door would be locked for good. 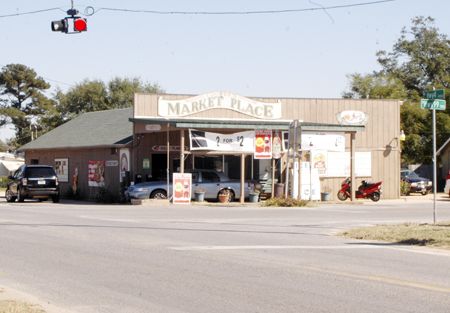 After 54 years of business, Coopers Market Place is closing.|Photo by Chandler Myers

After a much-anticipated wait, McDonald’s has signed on the dotted line, sealing the deal on another restaurant at the Rivercane... read more