Five games into the 2010 season and the Northview Chiefs are bulldozing past opponents in order to win their district’s championship.

The Chiefs (5-0, 4-0) have accomplished some goals they have set out before the season and are putting themselves in a position to accomplish more goals.

Chiefs head coach Sid Wheatley said his team has been really strong offensively, which has allowed them to spread the ball around.

“I have seen a lot of good things offensively,” Wheatley said. “We have been able to control the ball and have a good running game, which is our main objective. Defenses have had trouble keying in on one person because we spread the ball around so much.”

On the other side of the ball, the Chiefs have worked hard, but have gotten better.

Wheatley said his defense has the potential to be really good.

“I think our defense can be really good,” he said. “They are always ready to play, and they have improved in the last few weeks.”

The Chiefs are continuing to focus on the goal of a district championship.

Wheatley said his players never look back or look ahead.

“Right now, we are undefeated in our district, which is where we want to be,” he said. “We just have to take it one game a time and focus on each week’s game.” 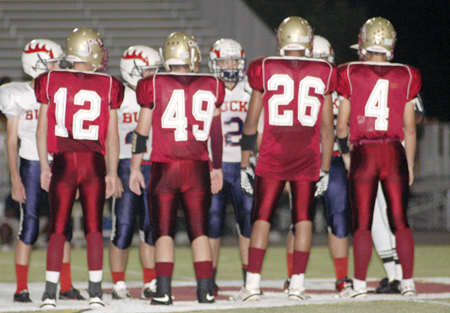 The Chiefs have exceeded expectations midway through 2010.|Photo by Chandler Myers

Last football season was a a good season for the Escambia Academy Cougars and the Northview Chiefs. This year, the... read more