At 6 p.m. Thursday night, an inmate on death row at Holman Correctional Facility in Atmore was executed by lethal injection for a 1987 murder.

Phillip Hallford, 63, was sentenced to death for the 1987 murder of his daughter’s 16-year-old boyfriend, Eddie Shannon, in a remote area of Dale County.

Hallford forced his then 15-year-old daughter, Melinda Hallford Powell, to get Shannon to the area where Hallford shot him three times and threw his body off of a bridge. Powell was pregnant at the time of the killing.

On Thursday just before noon, Hallford’s appeal to stop his execution was denied, and did not receive a plea of clemency from governor Bob Riley.

Hallford was the 24th inmate executed since Riley became governor in 2003, the most during the administration of any Alabama governor since executions were resumed in the early 1980s after a court ordered moratorium, according to reports. 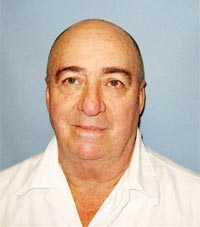