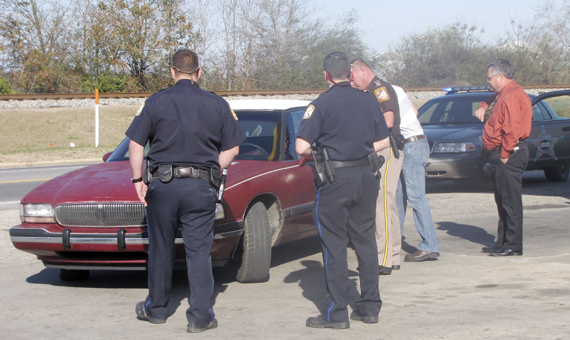 Deputies with the Escambia County Sheriff's Office and officers with the Atmore Police Department inspect the maroon Buick LeSabre.|Photo by Chandler Myers

Two black males were arrested on Thursday afternoon after they were spotted driving a maroon Buick LeSabre near Martin Luther King Drive.

“We ran the tag on the LeSabre and it came back as stolen,” Forbes said. “We also found brass knuckles and a controlled substance on the passenger.”

Deputies were also investigating the numbers on the LeSabre to discover if the car was reported stolen.