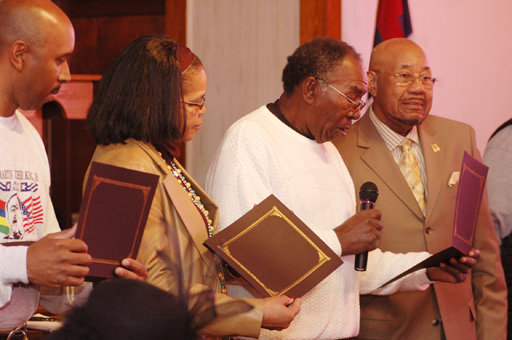 A prayer breakfast will be held in honor the late Dr. Martin Luther King Jr. this weekend.|File Photo

The Concerned Citizens of Atmore have planned many events to be held in honor of Dr. Martin Luther King during the upcoming holiday weekend.

Sandra Gray, program director and activity coordinator for CCA, said some of the plans include a prayer breakfast planned for Saturday morning.

“We will be hosting a prayer breakfast Saturday from 8 to 11 a.m. at Gaines Chapel fellowship hall,” Gray said. “The Rev. Coleman Wallace will be presiding over the event.”

Gray said ministers from around the Atmore area will also be participating in the morning of prayer, food and fellowship.

“Other area ministers will be offering prayer during the event,” Gray said. “Atmore Mayor Howard Shell will also be on hand to offer a greeting to those attending.”

Gray said the morning of prayer, devotions and fellowship will be a prelude to other events planned to honor Dr. King.

“We have several things planned through the long-weekend,” Gray said. “We will have a parade and special program at Escambia County High School on Monday.”

For those groups hoping to be a part of Monday’s activities, Gray said registration is required for all units in the parade.