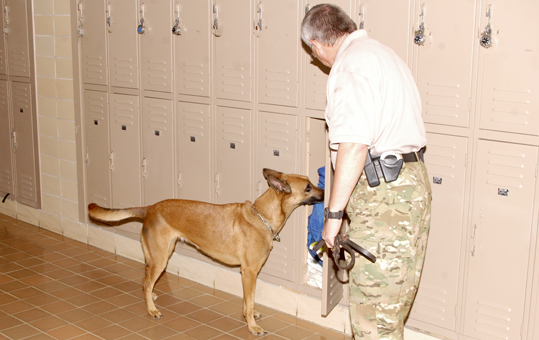 Four dog teams from the Alabama Department of Corrections along with deputies with the Escambia County Sheriff’s Office were requested by school administration to sniff out classrooms and lockers following rumors that drugs were on campus.

Their intuition paid off.

Tikeria Deshae Wiggins, 18, was arrested for possession of a controlled substance, a felony, and a misdemeanor charge of possession of marijuana after the dogs discovered a bottle of Lortabs and a small amount of marijuana in her white Toyota Corolla in the school’s parking lot. The pill bottle was discovered in the console of her car and the marijuana was discovered hidden in a compartment next to the steering wheel. ECSO deputies immediately transferred her to the Escambia County Detention Center in Brewton.

A 17-year-old student was also detained after two to three grams of marijuana were discovered in his black Toyota Corolla. The large bag of marijuana was discovered hidden on the gear shifter. He was transferred to the juvenile detention center.

The dog teams began their search at Escambia County Middle School following rumors of drugs on campus. No drugs were discovered during the hour-long search, but some students were found in possession of cell phones.

No drugs were discovered inside the ECHS campus. 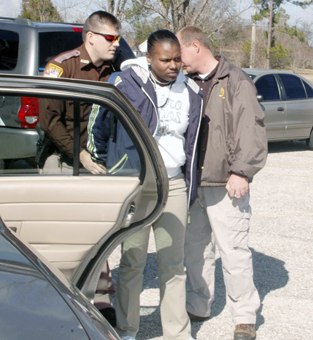 Tikeria Deshae Wiggins, 18, was arrested for possession of a controlled substance, a felony, and a misdemeanor charge of possession of marijuana.|Photo by Adam Prestridge

An Atmore man and his mother pleaded guilty last week to charges they were involved in a years-long income tax... read more