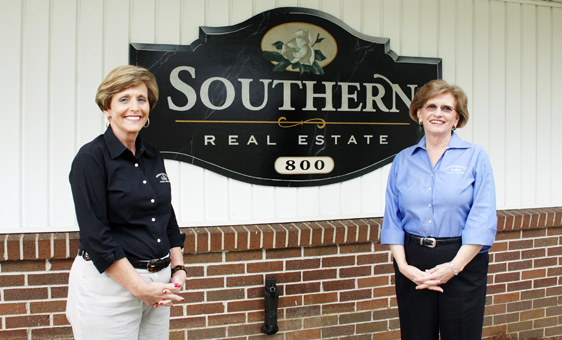 Patty H. Davis and Debbie Rowell have been awarded the Top Gun status by members of the Pensacola (Fla.) Bay Area Chapter of the Women’s Council of Realtors.|Submitted Photo

Being called a Top Gun is an honor in the military, but for two local real estate agents the honor is just as big.

Debbie Rowell and Patty H. Davis have been awarded the Top Gun status by members of the Pensacola (Fla.) Bay Area Chapter of the Women’s Council of Realtors.

Rowell said the award is getting harder and harder to win given the current condition of the real estate market locally and nationally.

“This is a tough award to win right now for anyone,” Rowell said. “Honestly, it’s hard to achieve this honor considering the condition of the real estate industry overall.”

The honor is awarded for outstanding sales performance and achievements in the real estate profession, Rowell said.

Both Rowell and Davis have achieved the honor four years in a row and have been recognized for the achievements in real estate sales by the WCR group.

“Patty and I have won this award for the last four years,” Rowell said. “It is based on sales volume and achievements. It is an honor and is becoming harder and harder to win because of slumping sales nationally.”

Rowell and Davis are members of the Women’s Council of Realtors with membership in the Pensacola Bay Area Chapter of the organization. The organization is a nationwide community of more than 13,000 real estate professionals who include many of the best in the business. WCR is an affiliate of the National Association of realtors and is headquartered in Chicago, Ill. The group boasts as being a successful network of realtors empowering women to exercise their potential as entrepreneurs and industry leaders.

Southern Real Estate has been a part of the Atmore community for many years currently conducting sales and buys for clients in and around Atmore.

Atmore residents can take a walk this morning and learn more about the history of the community. Atmore is one... read more