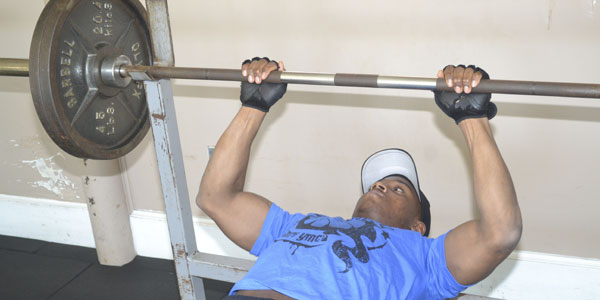 The Atmore Area YMCA has seen a hefty increase in the number of memberships since October.

Overall the organization has seen a rise from 373 members to 552 members since Oct. 1, said CEO Paul Chason. The YMCA has seen a 4-percent increase in membership, or 19 new memberships in the last week, which can possibly be attributed to New Year’s resolutions.

“I would attribute that to New Year’s resolutions and expectations of changes at the Y,” Chason said.

The senior fitness program, “Silver Sneakers” has seen a 20 percent increase since the start of October and single parent memberships have doubled, Chason said.

Chason said he was glad to see membership increasing.

“You couldn’t pull me off this roof,” he said. “The community is expecting good things from the Y. We hope to provide the services they’re looking for, and to do it in a professional manner.”

Michael Mitchell, an Atmore resident and Team Titan MMA fighter, said he tries to make it to the Y once a day.

“I try to come once a day,” he said from the gym’s weight room. “Sometimes I don’t make it, but I come at least three times a week.”

Atmore resident Theresa Scott caught a quick workout Tuesday morning before starting the fitness class she teaches at the Y.

Pride of Atmore board members Nancy Karrick, Bub Gideons and Nancy Helton are among a group of citizens who hope... read more