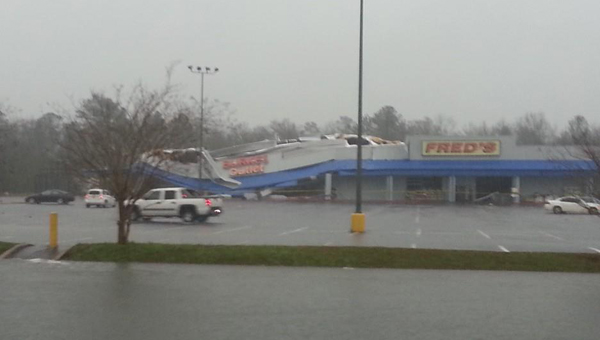 A storm that passed through the south end of Atmore heavily damaged Burke’s Outlet and caused some damage at surrounding buildings. The extent of the damage to Burke’s was not immediately known.

Downed trees and broken glass were reported in the surrounding area. 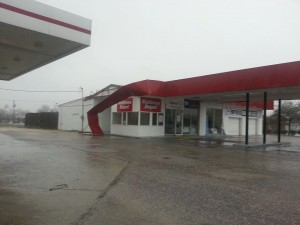 Damage was also noticeable throughout much of the southern part of downtown Atmore, particularly along McRae Street. Power and phones were knocked out in much of the city, but Alabama Power crews were seen trying to restore electricity.

For more on this story, see the Wednesday, March 19, edition of The Atmore Advance. 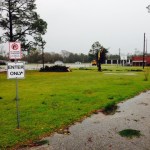 The state champions sign at ECHS was damaged by the winds. 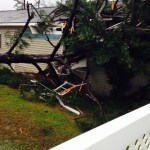 Several trees were down in yards.. 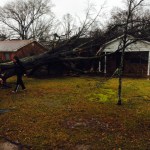