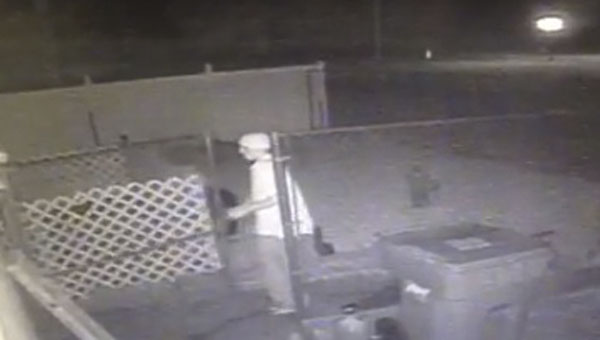 A thief broke into K-9 Kleaners on Sunday and stole a handicapped dog, according to the business’s owner, Kathryn Sumrall.

Sumrall said the break-in occurred at about 2 a.m. Sunday morning, when a white male suspect broke into the rear entrance of the West Nashville Avenue business. Sumrall said the suspect reportedly tried to disable several security cameras, but his actions were still captured on another camera.

Sumrall said the man ignored the cash register and safe, and instead headed straight for the dogs, before removing one of them from her cage. The dog, Bella, is a white Maltese who suffers from a broken back and needs a dog wheelchair in order to get around, Sumrall said. 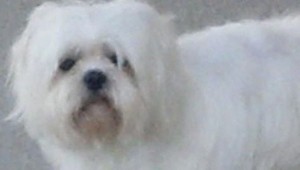 A photo of Bella, the dog that was stolen Sunday from K-9 Kleaners.

Sumrall said the owners have been notified and police are already investigating several leads.

“It’s the worst-case scenario you can think of,” she said. “The cameras show him taking the dog, holding the dog, and walking out with the dog.”

Sumrall said she does not believe the suspect has any previous connection to the dog or its owners, and likely just chose Bella because she was docile and did not resist.

Sumrall also noted that investigators told her the same suspect might have also burglarized a BP station in Davisville, Fla., about 15 minutes later.

Anyone with any information on the K-9 Kleaners burglary, or Bella’s whereabouts, should call the Atmore Police Department at (251) 368-9141.

You can view security footage from the incident by visiting our Facebook page at https://www.facebook.com/pages/Atmore-Advance/83649498468?ref=hl

Bryan sworn in as PCI chair

New PCI tribal chairman Stephanie A. Bryan recites the oath of office as she is sworn in Thursday by Judge... read more