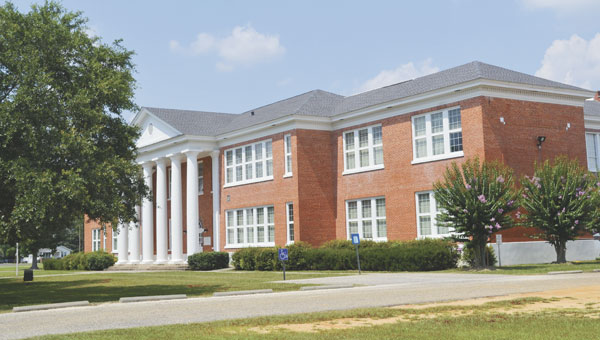 The YMCA is scheduled to close Aug. 29 unless significant additional funding sources are found before that date.

After 19 years of serving the Atmore community, the Atmore Area YMCA may officially close its doors for good on Aug. 29, 2014.

Paul Chason, CEO of the Atmore Area YMCA, said Monday that the non-profit organization no longer has the financial resources to remain operational.

“The YMCA board of directors and staff have worked very hard in an attempt to keep our YMCA operational,” Chason said, in a prepared news release. “[We have pursued] opportunities for additional funding above membership income from many different sources.

“We have highlighted and communicated our efforts and challenges to the community through either face-to-face meetings or print media in our area newspapers and magazines. Our country’s — and, even closer to home — our state’s economic struggles have made it difficult to obtain financial contributions for the YMCA.”

The YMCA initially opened in June 1995, and is housed in the old Escambia County High School building on Pensacola Avenue. The building is a historical landmark, as it was the first county high school in Alabama state history.

Chason said the YMCA has had financial struggles in the past, and that the community always joined together to help address those problems.

“It is true; the YMCA has spoken before about struggling financially to survive,” he said. “The YMCA came within two weeks of closure in September 2013 and would have closed then, were it not for the generous support of the Poarch Band of Creek Indians.
“Small-town YMCAs depend on financial assistance above and beyond membership costs, to survive. Our area YMCA is no different.”

Ricky Martin, chief volunteer officer and president of the YMCA board of directors, said that it is still not finalized whether the Atmore Area Chamber of Commerce will move its offices as well.

“We’ve had discussions with the chamber and they are making contingency plans in the event the YMCA doesn’t remain open,” Martin said.

Martin also said that all YMCA members would receive a letter explaining the phases in the closing process. That letter will explain how dues will be refunded, in the event the YMCA closes, he said.

For more on this story, see the Wednesday, July 9, edition of The Atmore Advance.