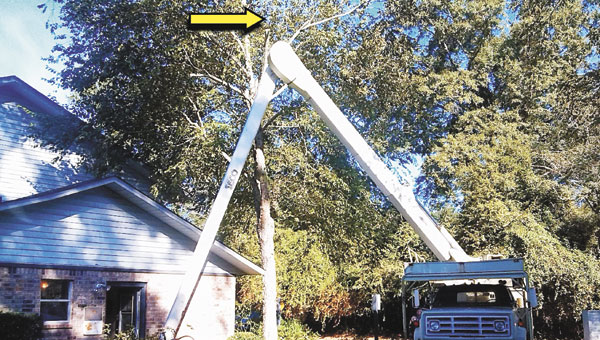 This photo, submitted by Brewton Sgt. Travis Minchew, shows how high Jerry Smith was when he fell from a bucket truck earlier this week.

An Atmore man was transported to a hospital by emergency helicopter Monday, after falling approximately 25 feet from a boom truck in Brewton.

“Mr. Smith was about 25 to 30 feet in the air, and a witness said he was leaning over to cut a limb,” Minchew said. “When he leaned over, they saw him fall.”