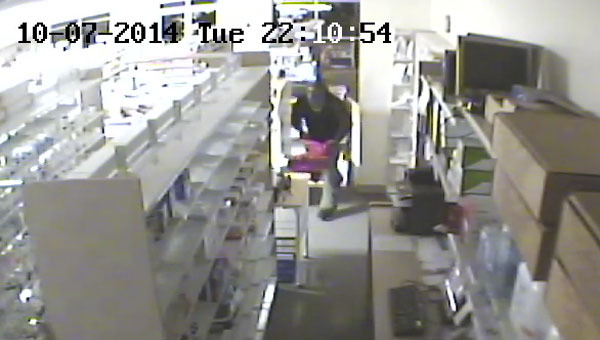 Police are looking for information about the arrest of two suspects who stole prescription drugs from Buy-Rite Drugs on Tuesday night. This security footage, courtesy of the Atmore Police Department, shows one of the suspects. The second suspect is shown below.

The Atmore Police Department is seeking the public’s help in finding two suspects who broke into Buy-Rite Drugs on Tuesday evening.

Investigator Chuck Brooks said that two black males used a brick to break through the door of the pharmacy on Medical Park Drive, at approximately 11:12 p.m. Tuesday night. The alarm went off, but the suspects were able to run inside and grab some prescription drugs before fleeing.

Brooks said that the suspects took a large amount of prescription medications, including Vicodin, Tussionex, Repraxain and Vicoprofen. The hydrocodone in these medications can be used to create drug cocktails when they are mixed with certain drinks, Brooks said.

The suspects then fled on foot. Brooks said the Alabama Department of Corrections’ dog team was called to assist, and the dogs were able to track the suspects’ scent to a Fourth Avenue location before losing the trail. Officers believe the suspects then left the area by vehicle.

Security video footage from the crime scene confirmed that the suspects are two black males.

“We are working all of the leads that we have right now, but we’re asking for any help the public can give us to solve this case,” Brooks said.

Anyone with any knowledge about the suspects or the case can call the Atmore Police Department at (251) 368-9141. 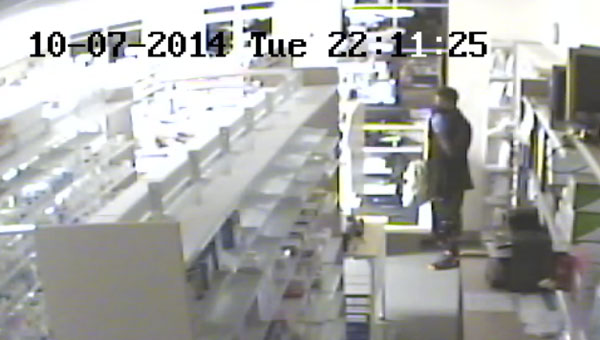 This footage shows the second suspect in Tuesday’s burglary. Anyone who has any information about this case is asked to call the Atmore Police Department at (251) 368-9141.