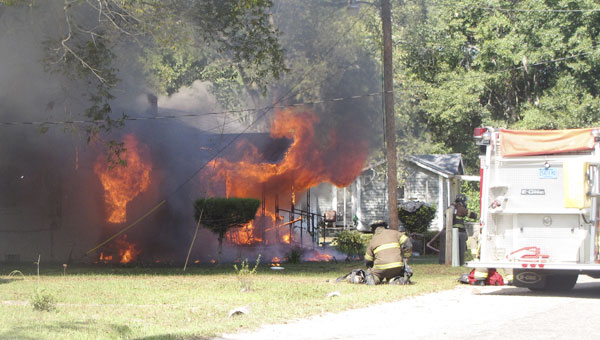 A house at 205 Mobile Street was completely destroyed in a fire early Tuesday afternoon. The home is owned by Rosa Mae Harrison.

Firefighters were called to the scene at approximately 12:25 p.m. and found the home heavily engulfed in flames.

Bystanders said that a neighbor pulled an elderly woman out of the burning house. No injuries were reported.

Firefighters appeared to have the fire contained by 12:35 p.m.

“She was cooking and something caught on fire and it spread from there,” he said. “The house is a total loss.”