A Flomaton man was arrested on drug-related charges Monday, after sheriff’s deputies interviewed him during a traffic stop. 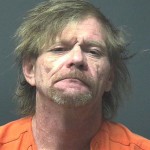 He was transported to the Escambia County Detention Center and was awaiting bond setting as of Tuesday afternoon.

While deputies questioned White, he reportedly began to act nervous. He was asked to step out of the vehicle, and granted consent to search it. Deputies then located two clear pipes with a white powdery substance that field tested positive for crystal methamphetamine.

White was immediately placed under arrest.

Area band “Shane Harrell and the Major Moves” will open for The Band Perry in a concert at Auburn University... read more