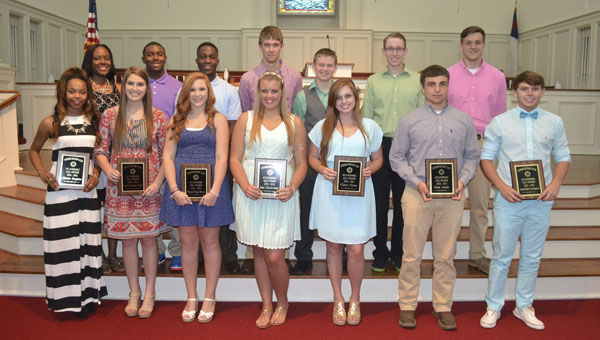 A total of 134 high school students were honored by the Atmore Rotary Club on Thursday evening, during the 30th annual Academic All-Star Program at First Baptist Church.

The Rotary Club awarded a total of more than $24,000 in scholarships to the 50 seniors.

The students and their families were treated to a reception on the church lawn, prior to the program.

Russ Wood, a member of the board of directors for the Fellowship of Christian Athletes, was the guest speaker for the night. Wood was also a member of Alabama coach Bear Bryant’s final football team.

This year’s Academic All-Stars were:

For more on this story, see the Wednesday, May 20, edition of The Atmore Advance. 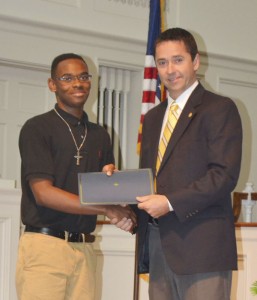 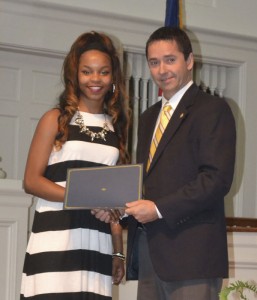