A bill sponsored by State Sen. Greg Albritton, and which intended to replace marriage licenses with contracts, was defeated in an Alabama House committee Wednesday. 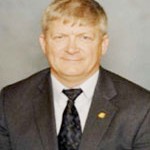 According to a story in the Montgomery Advertiser, the bill failed in an 8-3 vote by the House Judiciary Committee. Albritton, a Republican from Range, represents District 22, which includes Escambia County.

Albritton told the Advertiser that the legislation was created in response to recent rulings by U.S. District Judge Ginny Granade. Granade’s rulings made same-sex marriage legal in Alabama, although the Alabama Supreme Court has ordered marriage licenses to same-sex couples are not legal under state law.

“A license means the state is giving permission for an event to occur,” Albritton told the Advertiser. “This bill does not de-sanctify marriage because the state cannot sanctify marriage. This places the responsibility on churches and individuals to conduct themselves as required.”

The Senate approved the bill on May 19. The U.S. Supreme Court is expected to vote on the issue of nation-wide same-sex marriage sometime in the summer months.

Firefighters battled a large house fire at 404 W. Craig St. on Thursday afternoon. Nobody was injured, but the building... read more