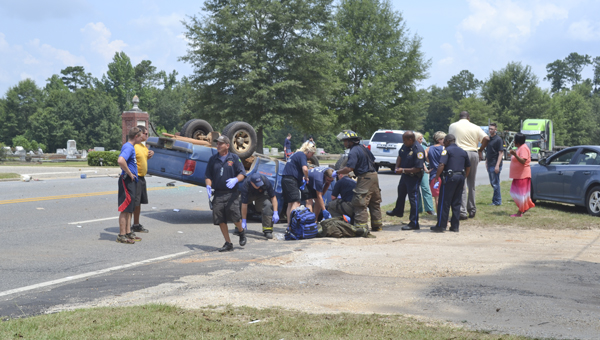 A Freemanville Water System employee was hurt Friday when his work truck was involved in a three-vehicle crash near Oak Hill Cemetery late Friday morning.

According to an Atmore Police Department report, Robert Nichols, 61, of Atmore, was injured when his 2001 Ford Ranger truck was struck by a 2006 Chevrolet Impala, driven by Tyeshia Patterson, 18, of Atmore. Nichols was ejected from his vehicle during the collision.

One of Nichols’ co-workers at FWS said Tuesday afternoon that he was discharged from the hospital late Friday evening. The co-worker said Nichols was “a little sore, but doing fine.”

According to the APD report, the crash took place at approximately 11:16 a.m. Friday, on North Main Street/State Highway 21, between the intersections with Oak Hill Avenue and Avenue E.

The report stated that a 1996 Dodge Ram pickup truck, driven by Lee Mobley, 73, of Atmore, was traveling southbound in the left lane and had stopped to wait for traffic to clear so Mobley could make a left turn. According to the report, Patterson was traveling in the left lane behind Mobley and quickly merged into the right lane to avoid hitting his vehicle.

Patterson’s swerving motion caused her vehicle to collide with Nichols’ truck, which was traveling southbound in the right lane. Patterson clipped Mobley’s truck before striking Nichols’ vehicle, causing it to overturn and eject Nichols, according to the APD report.

Neither Patterson nor Mobley were badly hurt, and both were able to drive their vehicles away from the scene. Nichols’ vehicle was towed by David’s Paint and Body Shop.

Agencies who responded to the accident included the APD, Atmore Fire Department and Atmore Ambulance Service. 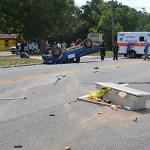 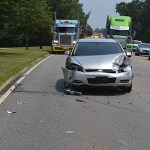 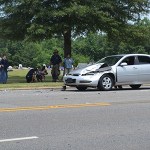 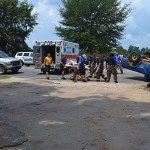 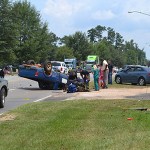 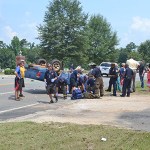 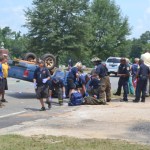 The cities of Atmore and Poarch will welcome almost 60 baseball and softball teams for a nation-wide tournament this weekend.... read more