Escambia County Chief Deputy Mike Lambert said that law enforcement received a tip that the suspects might be at the Patterson Street apartments.

However, deputies and officers searched the apartments late Tuesday morning and found nothing, Lambert said.

The wanted suspects are Jesse Dontase Square, 28, and Jeremiah Isiah Farrish, 23, both of Pensacola, Fla.

Square is described as a 5-foot-8, 217-pound black man. As of Tuesday afternoon, he was still on the run and considered armed and dangerous. 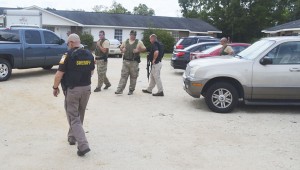 Deputies and officers wore bullet-proof vests and were armed during Tuesday’s search. 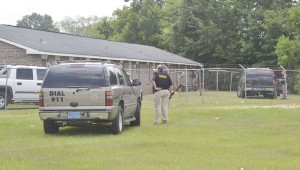 Deputies keep an eye on the back of the apartments.

The following are food/lodging establishment ratings for July 1, 2015, through July 31, 2015. All inspections were performed by the... read more