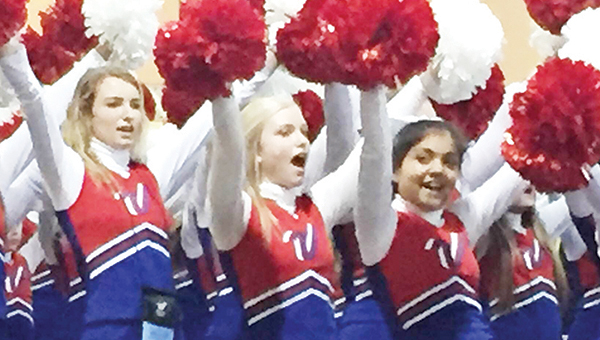 Lancaster let her voice be heard last week as she traveled to Walt Disney World in Orlando, Fla., to participate in the Thanksgiving Day Parade last week at Magic Kingdom.

Lancaster said she marched in the parade and the group she was with — the Universal Cheerleading Association — performed a routine.

“It was really fun,” she said. “We walked down all of Magic Kingdom and Main Street. It was a lot of fun.”

Lancaster said there were a lot of people at the parade.

“It was packed,” she said. “They say on Thanksgiving, there are two-times more people than there regularly is on every other day.”

Lancaster was selected to participate in the parade after being chosen as a UCA All-American at a cheer camp last summer.

“If you made it, then you get a chance to march,” she said.

Lancaster said she stayed at Disney from Tuesday until Friday of last week, enjoying the many rides and offerings.

Lancaster is the daughter of Mary Beth and Steve Lancaster of Atmore.