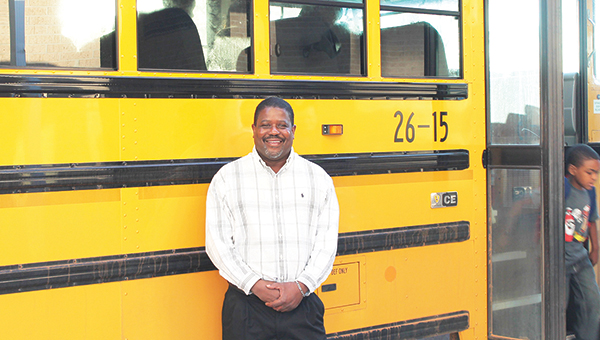 During my 27 years with the Escambia County School District, I was privileged to have many successes, but never like the one in this story.

Recently, I was asked to define success. When I realized what the answer was is when I decided to write this article.

Success is when everyone involved in a situation wins, and that is what this article is all about.

In 1976 when I was serving as the occupational specialist for the ECSD, I had the opportunity to supervise the Summer Youth Employment and Training Program.

I was privileged to have a 15-year-old applicant sign up to work on our program during the summer.

I placed the young man at Bratt Elementary School under the supervision of Bob Godwin. That young man was Willie Fountain.

Each year after that, Bob would tell me he wanted Willie back the next summer.

When Willie graduated from Ernest Ward High School, Bob was instrumental in helping him with a full time job at BES.

During his time at the school, he has worked under nine different principals. I contacted several of those principals and this is what they had to say.

Ms. Hall said that Fountain has been a pleasure to work with for the past five years. He cares deeply for the students, faculty, school and the community. He always has a smile and is willing to do whatever needs to be done. He can’t be replaced and will be missed by everyone. Bratt Elementary will never be the same without Mr. Willie.

Willie said the worst thing about his job there was having to wake up at 5 every morning. He is amazed at the improvement in the equipment and how the chemicals speed up the cleaning process; and also how the campus has grown with additional buildings, students and staff.

Some of the hazards of the job is the removal of snakes, armadillos, horses, etc. One of the funny things he says is running after students on Highway 4 on the first day of school. He remembers the two major hurricanes, and the recovery process. The loss of roofs and the old auditorium had to be rebuilt.

When asked about the best thing he had to say about working there for 39 years, was seeing his son and daughter start and finish there, and how watching his grandchildren attend there.

His final words to me were, “Mrs. Amerson, I have had a good life here at Bratt Elementary!” I might add that personally I think the school is a better place today because Willie Fountain has worn many hats there for the past 39 years.

The Atmore Area Chamber of Commerce is now accepting nominations for Citizen of the Year, Lifetime Achievement and Business of... read more