Services will be announced by Turner Funeral Chapel LLC.

Services will be announced by Turner Funeral Chapel LLC.

Funeral services were held on Sat., Dec. 26, 2015, at Ibert’s Mortuary in Patterson for Capt. Houston Colbert, a native of Huxford and a resident of Bayou Vista for the past 51 years, who was called home to his Lord and Savior Jesus Christ on Tues., Dec. 22, 2015.

A gathering of family and friends will be held on Sat., Jan. 2, 2016, at Ibert’s from 10 a.m. until 1 p.m. Serving as pallbearers will be Allenferral Colbert, Randall Colbert, Chad Hooter, Chris Daigle, A.J. Daigle, Johnathon Daigle, Timothy Daigle, and Joshua Edwards.

Family and friends may view the obituary and express their condolences online by visiting www.iberts.com. 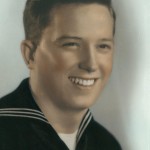 Joe was born on Feb. 3, 1934, to the late Johnnie and Dovie Kirchharr in Uriah. He was a United States Navy Korean War Veteran on board the USS Walke.

He retired from Monsanto after 31 years of service as an electrician. Joe was also a 32nd degree Mason/Scottish Rite/Shriners, where he was the drum major for the Highlander Bagpipe Band, a member of the Zelica Grotto Hall and a founding member of the Pensacola Korean War Memorial at Pensacola Veterans Memorial Park.

He was preceded in death by his parents; one brother, John Kirchharr; and four sisters, Clara Messick, Leatha Carnley, Barbara Jean Purvis and Shirley Ann Murphy.

A graveside service was held on Mon., Dec. 28, 2015, at Barrancas National Cemetery with military honors.

Mrs. Ward was born in Castleberry and had been a long time resident of Atmore, coming from Wetumpka. She worked as an operator for Southland Telephone for a number of years. She was a member of First Baptist Church of Atmore.

Mrs. Ward was preceded in death by her husband, Gasque Ward; her mother, Carlie Shipp Carter; a brother, Mack Carter; and a sister, Elsie Reynolds.

Funeral services were held on Sat., Dec. 26, 2015, from the chapel of Craver’s Funeral Home with the Rev. Jerry Caylor serving as officiate. Interment followed in Union Cemetery.

Please share your memories and condolences with the family at www.craversfh.

She was a homemaker, worked in retail for many years, was born on March 13, 1932, in Sulligant, to the late Thomas Garland and Alice Millican Strawbridge.

She was an active member of the McRae Methodist Church in Atmore.

She is survived by a son, Charles Gary (Jana) Donaldson of Flomaton; four daughters,

Services were held on Wed., Dec. 23, 2015, from the Johnson-Quimby Funeral Home with the Rev. Bill Hodge serving as officiate. Interment followed in Oak Hill Cemetery.