Mrs. Doris Almeda Stallworth – Barron, 84, of Anniston, formerly of Atmore, began her heavenly journey on Mon., Dec. 28, 2015, at the home of her daughter in Wyandance, N.Y.

A native of Garland and graduate of Conecuh County Training School, Mrs. Stallworth-Barron was a graduate of Alabama State University. She was a retired educator with over 34 years in education in New York and Alabama. She was involved in many educational organizations. She also was involved in various community and civic organizations, including president of the Alabama Democratic Conference, served as an Alabama Delegate at the National Democratic Convention and a Soror of Iota Mu Omega Chapter of Alpha Kappa Alpha Sorority Inc.

She was preceded in death by two husbands, George Stallworth and Walter Lee Barron; her parents, Henry L. and Hattie Bell Carter; and four siblings.

Celebration of her life services will be held on Sat., Jan. 9, 2016, at New Pleasant Hill Missionary Baptist Church with Ivy Beyond the Wall ceremony at 11:30 a.m. with Iota Mu Omega Chapter of Alpha Kappa Alpha Sorority, Inc. in charge, and a funeral service at noon with the Rev. Bennett as eulogist and the Rev. Harold Askew as host pastor. Retirement of her remains will be in Fairview Cemetery with Turner Funer Chapel, LLC. directing.

Mrs. Lambeth was born in Frostproof, Fla., and was a lifelong resident of the Flomaton community, where she was retired after 30 years at Vanity Fair.

One of Mrs. Lambeth’s favorite past times was to shop. Mrs. Lambeth was a member of Allen Smith Holiness Church and was preceded in death by her parents, Emory and Mamie Waller Long; son, Kenny Lambeth; and sisters, Arrie Mae Palmer and Wanda Ellis.

Please share your memories and condolences with the family at http://www.flomatonfh.com/. 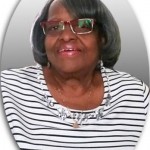 A native of Atmore, she attended Escambia County Training School before moving to Westbury, N.Y.

Once in Westbury, she worked as a dietician at Nassau Co. Medical Center for many years before retiring. After returning back to Atmore, Ms. Eunice joined Second Mt. Triumph Baptist Church, where she was a member of the Missionary Society.

In her leisure, she enjoyed baking and shopping.

She was preceded in death by her parents, Dan and Amanda Gulley, Sr.; her sister, Armella Watson; and her brother, Dan Gulley, Jr.

Those left to cherish memories are one daughter, Jacqueline Gulley of Atmore; one son, Jimmy (Brooke) Gulley of Fontana, Calif.; one sister, Elean Bryany of El Paso, Texas; one brother, Elvin (Barbara) Gulley of Atmore; six grandsons; and two great-grandchildren. 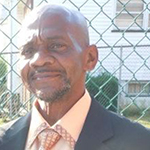 He graduated from Escambia Co high School in the Class of 1973. He was better known as “Ike.” He loved working on cars. He worked for UPS in New Jersey for many years.

He was preceded in death by his parents, Jack and Minnie Johnson; a sister, Shirley Beverly; and his oldest son, Isaac Johnson Jr.

Visitation with the family will be on Tues., Jan. 12, 2016, from 6 p.m. until 8 p.m. at Mayberry Funeral Home. Services will be held on Wed., Jan. 13, 2016 at noon from Holy Community Church in Atmore with Apostle Nancy Cottrell, eulogist and Apostle Jimmie C. Wilson as host pastor. Interment will be held in Stallworth Cemetery. Mayberry Funeral Home will be directing.

He was employed for Atmore Industries (Samco), and was born on Dec. 17, 1940 in Robinsonville to the late Edward Davison and Doskie Bozeman Fore. He also worked with Poarch Creek Indians Gaming in security. He was a member of the United Pentecostal Church of Atmore.

He is preceded in death by his wife, Willie Lois McGhee Fore; a brother, Earl Fore; and a sister, Nancy Miles.

Services were held on Fri., Jan.1, 2016, at 11:30 a.m. from the Johnson-Quimby Funeral Home Chapel with the Rev. Derek Gobert, Sis. Mary Gibbs, the Rev. Steve Breceda and the Rev. Steve Pendelton officiating. Interment followed in New Home Cemetery at Poarch.

Family received friends on Jan.1, at Johnson-Quimby Funeral Home from 10 a.m. until service time at 11:30 a.m.