Holman on lockdown after riot, fire 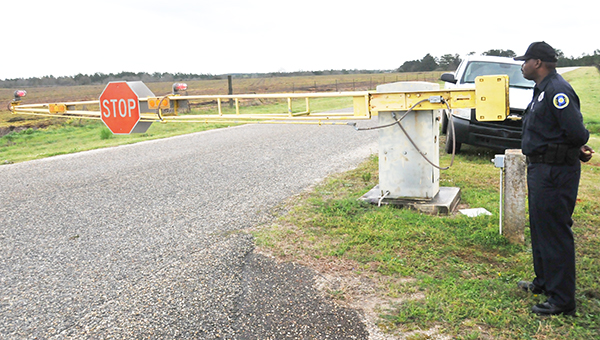 William C. Holman Correctional Facility is on lockdown after prisoners assaulted and stabbed a correctional officer and warden Friday night, according to an Alabama Department of Corrections press release. According to the release, the first assault took place at 9:15 last night when a correctional officer responded to a fight between inmates in one of the prison dorms. The officer tried to detain one of the inmates involved in the fight and was stabbed.

“When Warden Carter Davenport and other officers entered the dorm to assess the situation, Warden Davenport was stabbed,” the release said. “Davenport remained at the prison and was treated on-site for his injuries. The injured officer was transported to an offsite medical facility. Davenport and the officer’s injuries are reported as non-life threatening. No other officers were injured.”

After the assault, approximately 100 inmates then gained access to a hallway outside of the dorm and started a fire. The ADOC then deployed three correctional emergency response teams (CERT) to the facility, where they were able to enter the dorm, detain the inmates and secure the area, the release said. No other areas in the prison were affected.

According to the release, some inmates had access to cell phones and published photos of the disturbance on social media. The CERT teams are conducting a complete search of the prison for illegal cell phones and other contraband.

“The inmates who were responsible for assaulting the officer and warden, and other inmates involved in the disturbance, have been segregated from the prison’s general population,” the release said. “Investigators from the ADOC Investigations and Intelligence Division are on site at the prison to assist the CERT teams and to conduct a thorough investigation into the disturbance.”

Criminal charges are pending against the inmates who were involved in the incident, and the prison is secured and will remain on lockdown until ADOC completes its investigation.

Carl McGhee Sr. is shown here with many of his family and friends. | Andrew Garner/Atmore Advance The oldest tribal... read more