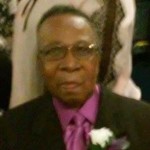 A native of Pineapple, he was reared in Uriah and Atmore, and attended school in Uriah and Atmore. He was an avid TV watcher and his favorite shows were “Matlock,” “Bonanza,” “The Big Valley,” “Gunsmoke” and “In The Heat of the Night,” to name a few.

Retired from Standard Furniture Manufacturing Co. in Bay Minette, Mr. Knight was a member of Jones Street True Pentecostal Holiness Church, where he was a member of the Male Chorus and Sunday school.

He is preceded in death by his parents, Clem and Clara Knight, and a few of his siblings.

The funeral service will be Sat., March 19, 2016, at 1 p.m. from Jones Street True Pentecostal Holiness Church, 90 Jones Street, Atmore, with Bishop Willie L. Williams, pastor, officiating. Retirement of his remains will be in Fairview Cemetery. The public may view Mr. Knight on Fri., March 18, from 2 p.m. until 8 p.m. at the funeral home with Turner Funeral Chapel LLC directing.

He is preceded in death by his parents, James Lester and Geraldine Van Pelt; and wife of 49 years, Elizabeth Barnett Van Pelt.

The family moved to Pensacola in the 1930s. George graduated from Pensacola High School, attended Texas A&M University and finished college at Auburn University before serving as a United States Marine Corp officer. After his time in the service, he moved to the dairy farm in Walnut Hill that he operated with his brother.

George was active in the Atmore First United Methodist Church, where he served in many capacities. He also served on the Farm Credit of North West Florida’s Board of Directors, as a 4-H Camp Trustee and Board member of the Pensacola Interstate Fair.

A memorial service was held at Johnson-Quimby Funeral Home in Atmore on Fri., March 11, 2016.

Crimpton Singleton’s journey on this earth began in Atmore on Fri., the 13th of September, 1922, as the 11th of 12 children born to Mr. and Mrs. P.J. Singleton (Pearl James and Lula) who preceded him in crossing over. 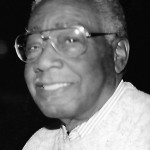 He confessed Christ at an early age and began serving as church pianist in Atmore. He shared in providing this service at First Baptist Church in Eutaw, Ala.

Crimpton’s pre-college education was completed in Atmore public schools. He enlisted to serve his country during World War II immediately after graduation from high school. After completing his term of duty, he enrolled in Alabama State College, where he received bachelor’s degree in math and science.

Upon graduation from college, he accepted employment as a teacher in Greene County, where he served at Oak Hill Junior High, Carver High School and Eutaw High School. His duties included: classroom instruction in math and science, assistant to the principal, assistant coach, student organization sponsor and senior class advisor. He served the students of Greene County for 42 years.

Crimpton was a member and treasurer of the Greene County Education Association.

A devoted family man and educator, unique as his name, Crimpton was known for a warm, welcoming, easy smile and his quiet strength. Crimpton crossed over to another phase of the Journey on March 2, 2016.

Thank God for this journey he shared.

The family sincerely thanks all who have rendered support during the extended period of illness, the transition and the adjustment as we move forward enriched by having shared this journey with him.

Announcement of further celebration of life is forthcoming.

In lieu of flowers and other forms of remembrance, please send contributions to the American Heart Association or the American Cancer Society in the name of Crimpton Singleton.

He was a member of the Greater St. John Baptist Church until his health failed. He served in the U.S. Army and served as an E-5 during the Korean War.

He was preceded in death by his wife, Paulette Robinson; sister, Jessinia Hutchinson; and parents, Joseph and Gertrude Robinson Sr.

Those left to cherish his memories are his loving and devoted children, Ryan (Andrea) Robinson of Spanish Fort, Marian (Edward) Raine of Whatley, Evangelist Kimberly (Samuel) Curry of Bay Minette, Ebony Young, Takiyah Williams and Javaris Williams; a host of devoted grandchildren; two sisters, Catherine Smith and Mary Bonds; one brother, Richard Robinson; and a host of nieces, nephews, other relatives and friends.

Flower bearers are his nieces.

Mrs. McCraney was a native and former resident of Mobile and a resident of Atmore for the past 25 years.

She is preceded in death by her husband, Waderick Jackson McCraney; parents, Gilbert and Marjorie Springfield; and two brothers, Richard Dale Springfield and Gilbert Wayne Springfield.

Burial will be at the Oak Hill Cemetery.

Visitation will be today from 9 a.m. until 11 a.m. at the Petty-Eastside Chapel Funeral Home.

Petty-Eastside Chapel Funeral Homes LLC is in charge of all arrangements.

Mrs. Smith was a native of Perdido and a resident of Atmore for the past 30 years. She was of the Holiness Faith.

She is preceded in death by her husband, James Wesley Smith; and a son, Billy Dewayne Smith.

Funeral services will be today, Wed., March 16, 2016, at 3 p.m. at the Petty-Eastside Chapel Funeral Home with the Rev. Steve Breceda officiating.

Visitation will be today from 2 p.m. until service time at the Petty-Eastside Chapel Funeral Home.

Burial will follow at the Canoe Freewill Baptist Cemetery. 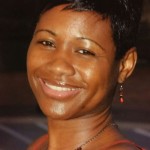 She was a 1990 graduate of Escambia County High School, where she was a member of the color guard in the band. She had passion for doing hair and after high school she attended Reid State Jr. College, where she received her degree in cosmetology. In quest to excel, she received values training at Fancy Fingers Hair Salon under Ms. Ida Frye and then she ventured into owning her own salon, Designer Cuts, in which she operated for many years until her health failed.

Those who welcome her into Paradise are her father, Samuel K. Williams and her grandparents.

Mrs. Theresa Gamble Harris (Tee) was born Aug. 1, 1927, and was a native of Plateau. She went to her heavenly home surrounded by family members at Mobile Infirmary. 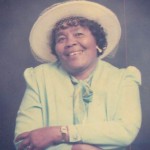 She was preceded in death by her parents, Collins and Marie Boswell Gamble; three brothers; six sisters; one son, Willie Harris III; and a daughter, Jacquelyn Southall.

She was employed and then retired from International Paper Co. She also worked at Doctors Hospital, and Mobile County School System as an avid baker, where she was known affectionately as the apple turnover lady.

Homegoing services will be held Sat., March 19, 2016, at 11 a.m. from Union Missionary Baptist Church with the Rev. Derek Tucker officiating.