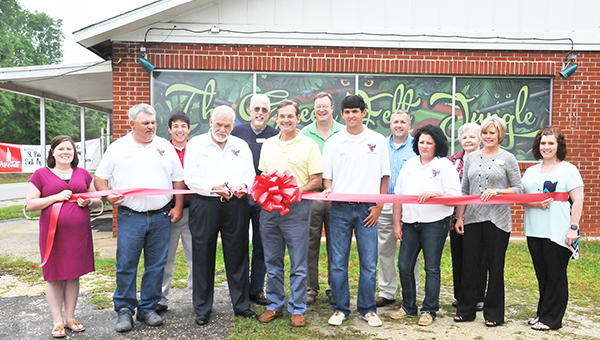 Rick Gibson has been playing pool all of his life.

Gibson said as a young competitor, he’d play just so he could eat.

Gibson said he’s been off the road for some 20 years. At one point in time, he lived in New Orleans, La., for 10 years.

Gibson said he opened the Green Felt Jungle, which houses several pool tables and a few big-screen TVs, with the young people in mind.

Unlike most billiard halls, Atmore’s newest spot has a strict dress code. Gibson said people should wear shirts with their pants pulled up.

Open from Monday through Saturday from 3 p.m. until the place clears out, the Green Felt Jungle also hosts tournaments. The next tournament is slated for this Sat., April 23.

Gibson said more and more people have participated in the tournaments.

Additionally, some of the best pool players will be in attendance, Gibson said.

Cost to play is based on the pool table size.