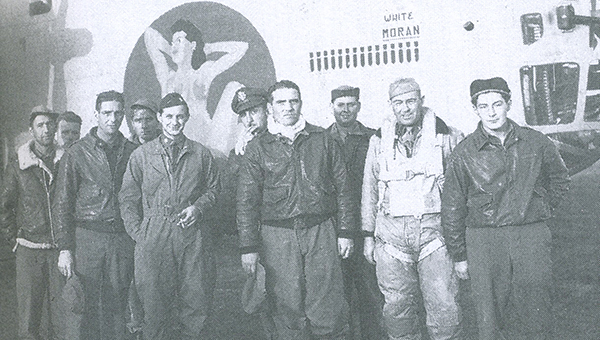 Sgt. John Shiver Jr. always wanted to be in the air.

From an early age, Shiver looked up at the sky and wondered what it was like to view the earth from a bird’s vantage point.

Shiver took that love of flight into the U.S. Army Air Force, where he served as a gunner and flight engineer during World War II. He wrote about his life and memories in his 2012 book, “I Always Wanted To Fly: Memoirs of a World War II Flight Engineer/Gunner.”

Two years after his book was published, Shiver passed away.

“Being a veteran meant something special to him,” Shiver’s son, Jeff, said. “He felt like it was an honor, and not at any point in time the country never owed him anything. He felt like he still owed this country. He always preached that.”

Shiver’s initiation into the military was on Aug. 3, 1942, according to his memoir.

Early on in his time in the Army Air Corps, Shiver wrote about how he was always on the move, whether it be traveling from one base to another.

“More or less, he said we weren’t prepared at all,” Jeff recalled. “They were just trying to get up to speed as fast as they could. He said they were on the fast track to get guys overseas.”

In fact, after hearing that Pearl Harbor was attacked on Dec. 7, 1941, Shiver knew the country was going to insert itself in the conflict.

“He knew right then and there that we were going to war,” Jeff said. “He knew he wanted to fly.”

During his training to become a gunner and flight engineer, Shiver wrote that he competed with a classmate, named Kaplan. Both were at the top of the class.

“We entered the classroom and sat down,” Shiver wrote. “The instructor came into the room and said all had made a good grade on the test and he wished us well in our military service. Everyone was waiting to hear the test scores, and he said, ‘Kaplan and Shiver, you made the same grade. You both missed one question on soldiering, the same one, and that was one tricky one. I deliberately phrased that one to catch someone and I caught the top two in the class.’”

Shiver wrote that he ended up being the No. 1 student in the class, but that didn’t matter.

Jeff said his father kept incredulous notes, and even helped out a bomber class by providing the manual of a B-24 bomber.

“He loved those engines on those bombers,” Jeff said. “This B-24 group was trying to get it going, but they couldn’t get it figured out without a manual. They put out a notice to bomber group association, asking anybody about flying the plane. Dad had the manual.”

Shiver completed 75 combat missions as either a gunner or flight engineer.

During those missions, there were some close calls.

Jeff said his father thanked the Lord every day that he lived.

“At the end, he talked about the guys that didn’t make it,” Jeff said. “You know, it was something. He often said if you passed six missions, you were living on borrowed time. He lost a lot of buddies.

Jeff, said growing up, his father didn’t have much time to tell many stories from his time in the war.

“He was too busy working on cars to stop and talk,” Jeff said. “In his latter days, he told me a whole lot. We got to go to one of his reunions with his bomber groups.

“It was a really neat experience seeing them get together again,” he said.

Jeff said his father was a mechanic after he was honorably discharged from the military, in 1945.