Barlows up for parole 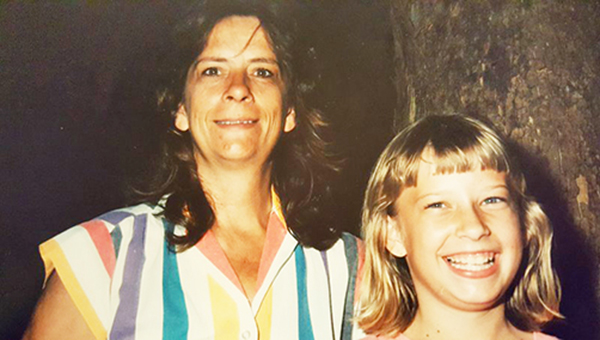 It’s because of that fear that Maher started a petition recently and many times before to deny parole for Shannon Dean Barlow and Franklin Lee Barlow Jr., who were sentenced for the rape and murder of Maher’s aunt and cousin in 1993.

Shannon Barlow and Franklin Barlow Jr. are up for parole on Tues., Aug. 2, and according to Atmore Advance archives, both weren’t supposed to be eligible for parole for 30 years, but overcrowding in prisons and other policy changes forced changes to be made in the parole system. The maximum amount of time for parole denials is five years.

Maher said she, along with 15 members of her family, plan on being at the parole hearing in Montgomery.

“It’s a pretty anxious feeling,” Maher said about how it feels at this time. “It’s frustrating. Of course my aunt Kathy and cousin Angel are well worth the time.

“It’s still a needless thing we need to do,” she said. “We have to hear the facts again, and sit there and endure the pain of it again. It’s very frustrating and emotionally straining, especially for my mom (Janie Criswell of McDavid, Fla.). She’s pretty much the head of the family. She’s taken a lot of it for herself and set up for the rest of the family.”

Maher said she’s taken a lot of the responsibility off of her mom’s hands, but it’s still strenuous.

According to Advance archives, on Oct. 10, 1993, Shannon Barlow went out with his brother and Albert Ganoe “Rocky” Beasley. After allegedly consuming alcohol and smoking marijuana, he returned home with the other two and began calling his stepmother. When she (Kathy Hall) opened the door, he shot her in the forehead with a .410-gauge shotgun. He testified that he then entered the home and went to the room of his stepsister, Angel Hall, and shot her in the face with the shotgun. Autopsy reports claimed the girl was also raped – a charge, which the Barlows deny.

Shannon Barlow later claimed that his attorneys did not protect him in the murder trial, that he was too young and that he was not allowed to withdraw his plea. He currently represents himself.

As a part of the brothers’ plea deal and after testifying against Beasley, both get parole hearings every five years.

As of Tuesday, there were more than 1,800 supporters who signed the petition. The goal is to reach 2,500 supporters, however, Change’s website increases the goal number once each goal is reached.

“I know how it feels,” Williamson said. “It takes a toll on the family.”

Williamson said the length of time both were sentenced wasn’t long enough for the lives that they took.

She said she remembers the murder quite well as she was in her mid 20s.

“To rape a 12 year old and stab her; the nature of the crimes were so awful,” Williamson said. “Those beasts don’t need to be back out on the street.”

On the overcrowding issue, which Alabama ranks as the highest number with 24,000 houses for a system that’s designed for 12,000, Williamson said it’s a big problem.

“We need to revamp and decide what we’re going to do,” she said. “We don’t need to let hardened criminals out because of the overcrowding problem. They need to build more facilities.

“They don’t need to let hardened criminals that have killed and raped out,” she said.

Williamson said she’s pretty sure Escambia County District Attorney Stephen Billy will tell the parole board the Barlows don’t need to be released.

“I signed the petition and I hope others would for the family’s sake,” she said. “My compassion goes out to them. I wouldn’t want somebody that had harmed my family to come back and live in the neighborhood where I live, and have to wonder when and if they’re going to do something again.”

Maher said she is begging the community to help support and sign the petition.

“Supporting the biggest opposition from the community will be a great factor in their denial of parole,” she said.

By Stephanie Nelson The Brewton Standard The Nokomis Fire Department is now operating using its own radio tower. The Escambia... read more