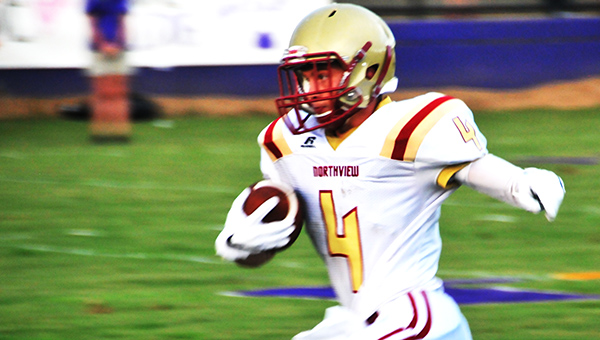 Chiefs score on all possessions but 1 in 2nd half

URIAH — Northview outscored J.U. Blacksher 28-0 in the second half as the Chiefs picked up a preseason 35-6 victory at John M. Sawyer Memorial Field.

Starting out a little slow and low on energy in the first half, NHS held the Bulldogs to a 7-6 advantage at halftime.

A strong running game at the edge and a flighty passing game were the big differences in the final 24 minutes of the game. In fact, the Chiefs scored on every one of their possessions in the second half.

“They came out and hit us in the mouth,” NHS head football coach Derek Marshman said about JUBHS in the first half. “They were physical and brought the energy. We were a little low on energy in the first half. I thought we responded well in the second half.”

After stopping the Bulldogs on their first offensive series in the third quarter, the Chiefs answered on a 8-play, 77-yard drive that eclipsed with senior quarterback Luke Ward finding Ohijie Elliott, a junior wide receiver, for a 25-yard strike.

One of the big differences on defense for NHS was its defensive line, a front that penetrated the Bulldogs’ offense to put pressure on their QB.

With the ball back in their hands, the Chiefs struck again on another long drive.

To start the fourth quarter, NHS was sitting pretty after forcing a three-and-out.

Seven plays into its offensive series, NHS found pay dirt again on a 30-yard strike from Ward to Jacob Weaver, a senior receiver. With the point after attempt good by Seth Killam, the Chiefs led 28-6.

The first-team offense got to sit the rest of the game, and the seconds got their chance to field the ball, running on some nice gains from Killam at QB.

Marshman said the second half adjustments centered around tackling better and making sure the defense doesn’t lose the edge.

Even though it is a preseason contest, this win is Marshman’s first as a head coach.

“It feels good, don’t get me wrong; but it’s a long process,” he said. “That’s one chapter in this book this season. We’ve got to get back right.”

In the first half, Northview’s Hunter Edwards, a senior running back, helped the Chiefs draw first blood on a 15-yard touchdown run.

Next week, the Chiefs visit Crestview, Fla., an FHSAA Class 6A team. NHS is a Class 1A rural team. 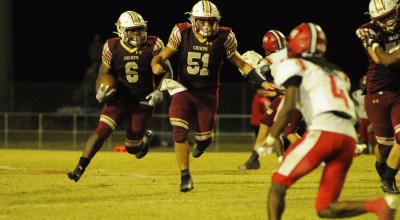 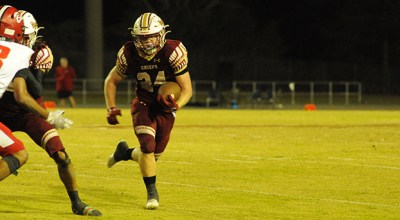