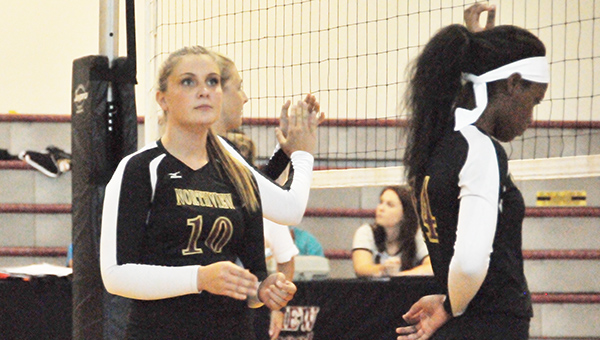 Pensacola Christian Academy found a weakness and attacked in a 3-2 victory over Northview earlier tonight in volleyball action at the Bratt, Fla. school.

The Lady Chiefs started with an opening-set 25-15 victory, but PCA started tipping in the second, which exposed the middle court. NHS fell in the second 19-25.

Despite losing the third set, 25-23, NHS bounced back to win the fourth set, 25-14 with dominant serving and killing.

The deciding set found NHS behind early 0-3, and it stayed that way throughout in a 9-15 loss.

NHS volleyball coach Barbara Luker said she was proud of the girls.

“They fought hard,” Luker said. “In the second set, they found our weakness. They can tip on us.”

Luker said it was also tip coverage that was the difference in the second set.