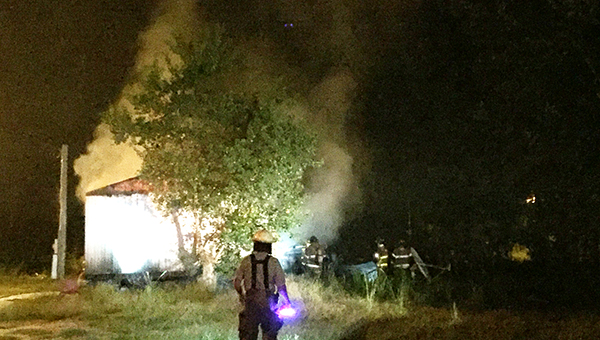 Fires claimed two residences inside of a 12-hour period last Wed., Aug. 31, in Atmore and near Poarch.

Early Wednesday morning, at 2:53, the Atmore Fire Department was called to a residence at 2122 Martin Luther King Dr., near the intersection of Northgate Dr.

Fire Chief Ronald Peebles said the investigation as to the cause of the fire was undetermined.

“That was a total loss,” Peebles said. “It was burned up so bad in there, it was hard to determine what happened.”

Peebles said they cleared the scene at 4:20 a.m.

At approximately 11:15 a.m. on the same day, the second fire occurred at a residence on 1170 Woods Road.

Poarch Fire Chief Ronnie Jackson said the resident was burning some grass in the yard, and the fire got away from him.

Jackson said the resident’s trailer was a total loss.

The AFD, Poarch Fire, APD and Atmore Ambulance responded to the scene of the fire, which occurred next to New Order Baptist Church.