AFD: Cause is yet to be determined 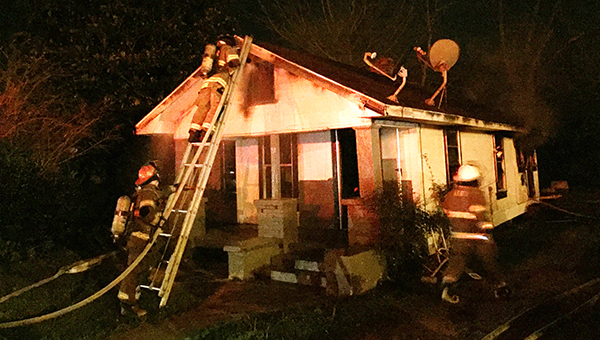 “When we arrived, the north side of the house, which had two back windows had flames rolling out of them,” Peebles said. “The boys jumped in there and knocked it down quick.”

Peebles said the responders made an interior attack on the north side of the house to quell the flames.

The cause is undetermined as of Tuesday morning, he said.

“She busted the window out and had some cuts on her,” he said, adding that she was taken to the hospital, where she received some stitches.

Peebles said firefighters kept poking around to find the fire.

“We finally found it in the attic between the studded wall,” he said.

Peebles said the fire burned through the attic in between the studded wall.

The AFD, which was also assisted by the Poarch Fire Department, finished up at 11:30 p.m.