Andrew Garner has been named publisher and editor of The Atmore Advance and its associated media products. 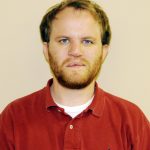 Garner has been editor of The Advance for the past two years. He previously worked at The Andalusia Star-News and The Greenville Advocate.

“Andrew has done a great job as editor in Atmore, and we are pleased that he has agreed to take on more responsibilities,” said former Advance publisher Michele Gerlach. Gerlach is publisher of The Andalusia Star-News and vice president of Boone Newspapers.  Boone Newspapers owns The Advance and The Star-News.  “We are very pleased to have someone with his work ethic and commitment to community leading the newspaper.”

A Fairhope native, Garner graduated from Troy University in December 2006 with a bachelor’s degree in broadcast journalism and public relations. He served on the staff of the student newspaper, The Tropolitan, for almost two years.

Upon graduation, Garner joined the Star-News staff as a general news reporter before being promoted to sports editor, a position he held for almost seven years.

While in Andalusia, Garner gained a love of photography that continues to grow. He is an avid lover of films and sports, especially the University of Alabama’s Crimson Tide football team.

In Atmore, completed the Leadership Atmore program, and is a member of the Atmore Rotary Club.

“It’s been a joy to get to know the community of Atmore and its surrounding areas. I look forward to taking on this new role here at the newspaper.”

Lights are ‘on’ at ECMS

Before high school, Eboni Williams went home after school and did nothing. That changed when she started participating in the... read more