Morning radio show listeners will be without a familiar voice on 105.1 WPFL-FM as Lou Vickery is stepping down from his morning show duties after this week. 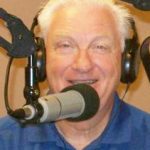 Vickery has been the voice on “Lou in the Morning” for some nine years. He worked in two Baldwin County radio stations prior to joining WPFL.

Vickery said while he isn’t doing the morning show anymore, he isn’t quitting the radio business.

Vickery said he’s in line to do a one-hour national sports radio show in the near future.

He said it’s been quite fun to hold the radio show every morning.

“It’s been a lot of fun,” he said. “I really appreciate the support from our listeners.”

Funds have been raised to construct a splash pad in Atmore, officials said Monday. The splash pad, a joint effort... read more