A Brewton man is in jail on assault charges after striking a fire chief in the face, according to the Escambia County Sheriff’s Office. 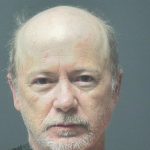 Lambert said in a release that a 911 call came into the ECSO in reference to a subject located at 9722 Appleton Road in Brewton, having an asthma attack.

“EMS and Appleton Fire Department were dispatched to the scene,” he said. “EMS and firefighters were aware of a domestic situation that had taken place earlier at the residence.”

Lambert said both groups made the decision to stage a short distance away from the residence to wait for law enforcement to arrive on scene. Additional information was relayed to fire and EMS personnel that the subject may not be breathing.
“A decision was made to go ahead of law enforcement and enter the residence,” Lambert said. “EMS and firefighters then arrived to find Christopher Wade Smith doing chest compressions on his wife. As Fire Chief Michael Tyler began to assist in giving medical attention, he was struck in his right eye by Smith, the husband, causing serious injury and fractures to Chief Tyler’s face.”

Lambert said the EMS loaded the patient and took her to the hospital, where she was pronounced dead shortly after arrival at D.W. McMillan Hospital.

Lambert said as law enforcement arrived, Smith was attempting to leave the residence via his personal vehicle and ran into a firefighter’s vehicle, causing damage.

Lambert said Smith’s wife’s body is being transported to the Alabama Department of Forensic Sciences for autopsy to determine the cause of death.

Smith was already out on bond and the district attorney’s office has filed for a bond revocation. The case remains under investigation.