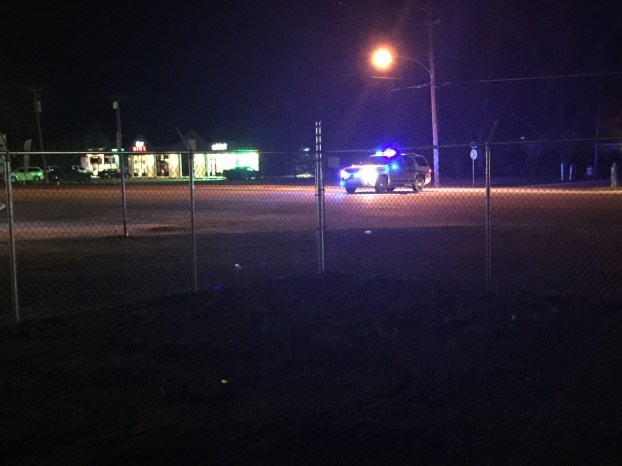 The Atmore Police Department is seeking information relating to an armed robbery that occurred at the ABC Store in Highway 21 on Dec. 12.

Brooks said upon arrival, officers set up a perimeter and entered the store. One police vehicle was blocking traffic on the highway during the call.

“The Alabama Department of Corrections’ Fountain Prison Tracking Dog Team was contacted and responded,” he said. “Once on scene, officers deployed the tracking dogs who followed the suspects’ scent to behind the building of the ABC Store and led them to Peach Tree Street, where the scent was lost.”

Brooks said the investigation revealed that two males entered the store with their faces covered, and approached the clerk.

Brooks said they then brandished a weapon and demanded money.

“Once they received the money from the register, they left the store on foot with an undisclosed amount of money, leaving the clerk unharmed,” he said.

Those with information on this robbery are encouraged to call the APD investigators at 251-368-9141.

Hits Appleton fire chief in head; wife dies A Brewton man is in jail on assault charges after striking a... read more