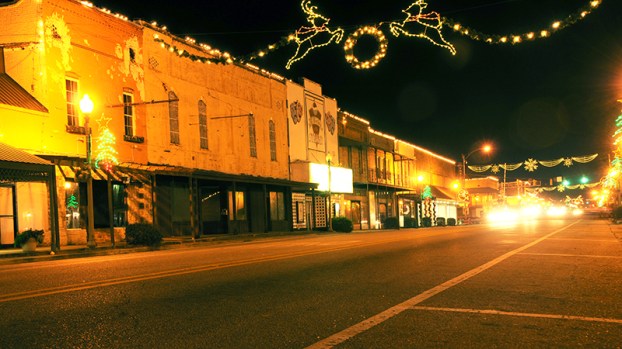 The engineering group providing consulting for Atmore’s downtown revitalization is still in the research phase, according to McClure Engineering officials.

Zack Mannheimer, principal community planner with McClure, said in a phone interview that there are a lot more community members he has yet to have a conversation. In December, Mannheimer and representatives from McClure led a community luncheon at the Strand Theatre to get feedback on what residents would like to see downtown.

Mannheimer said likely, that he’ll return to Atmore on Jan. 22-23.

“At those meetings, I will be interviewing more people who weren’t in that meeting,” he said. “After that trip, I should have 75 percent of the information that I need. I’ll start building out the program for the theatre.”

In October, the city of Atmore was one of 16 cities that received a creative placemaking investment grant from the Delta Regional Authority (DRA). The grant helped to bring McClure to Atmore, and the investment is being used to develop and implement a master plan for The Strand Theatre revitalization project to achieve financial stability, develop new programming and encourage community engagement, according to the release.

In partnership with leading national arts and government organizations, the DRA is investing $309,000 in the delta’s arts and cultural sectors to stimulate economic and community development efforts across the Mississippi River Delta region and Alabama Black Belt. The DRA made the announcement today.

The City of Atmore, in partnership with the Pride of Atmore, received an investment of $15,000 from the DRA.

When asked what the process is he goes through on building a vision for a community, Mannheimer said it’s all about feedback from the residents.

“My job is to take the ideas from the community, and take what is viable,” he said. “Then I’ll take those and cross reference them with other similar projects we’ve done and see what’s missing, and that will determine the first draft of programs (for the theatre). Then, we’ll share that with the community and they’ll tell where we’re wrong or right.”

Mannheimer said the first draft of the action plan should be completed by mid February, when he’ll share it with the community via a digital platform. With additional feedback, he’ll be able to wrap the plan up by April, assuming the scope doesn’t change, he said.

When April comes, Mannheimer said the plan will have a good idea of what the programming will be like in the theatre, what the capital needs are for construction of the building, where the funding can be found and a full budget.

Mannheimer said it’s going to take between 12-18 months from the action plan to the theatre opening its doors to the public.

The Concerned Citizens of Atmore is gearing up for another year as they the holiday observance of Dr. Martin Luther... read more