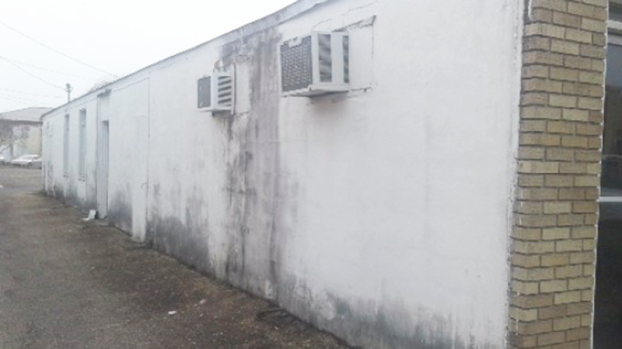 Around two weeks ago, David Strawbridge made the decision that an alleyway in Atmore needed a little more color.

After buying the building at 105 Ridgeley Street, Strawbridge thought the best way to add color to the area is to paint a mural in its place. He started up a GoFundMe page asking for donations for the mural. The campaign is called “Canvas for Atmore community mural.”

“It’s been something that’s been on my mind for a while after seeing local places like Brewton and Monroeville having murals,” he said. “I wanted to do this just because the alleyway is not attractive at all. I wanted to find a way to get more people moving and walking, and that’s really what this is about.”

Strawbridge set a fundraising goal of $12,000. He said the goal is high because he doesn’t know what the taxes or fees are for using the GoFundMe page.

“I honestly don’t expect to get there,” he said. “This is my first time. It is a little high, but it’s not there to do construction on my behalf, but to create the canvas for it.”

Strawbridge said the mural is going to be a collaborative effort from the community. He said he’s aiming to make it to where the mural looks like different postcards that depict several different aspects about Atmore.

“I’d like to see pieces of heritage, not just trains,” he said. “I want cotton, timber, Pepsi, the Poarch Creek Indians. There is a muralist in Pensacola (Fla.) who does postcards. Each postcard is different. One artist actually did these different postcards.

“I’d like to get six to eight artists do this for Atmore,” he said.

Strawbridge said he decided to do the mural after buying the building. He plans on putting a small restaurant inside of the building.

“I would say early November I made a commitment to buy the building,” he said. “Two weeks ago, when I purchased the building, that’s what I decided to do, to start some sort of mural going.”

To donate to the fundraiser to paint a mural on the building, visit https://www.gofundme.com/canvas-for-atmore-community-mural.