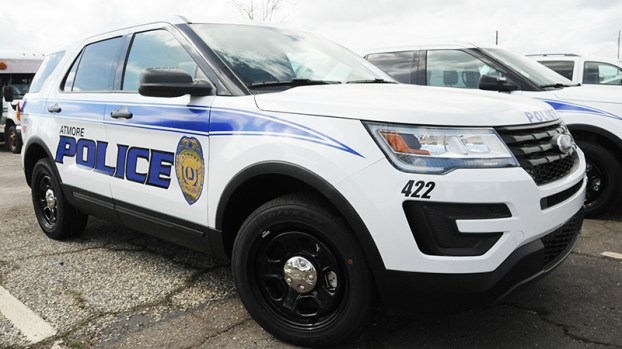 That’s what the Atmore Police Department acquired recently as five new 2018 Ford Explorers are on patrol mode around the city.

Chief Chuck Brooks said the new vehicles were approved by the city council, where bids were submitted. Johnson Ford won the low bid for the new patrol cars.

“It took several months for them to come in because they were being built,” he said. “They weren’t purchased off of the lot.”

Brooks said the vehicles are built based on a police package. The new Explorers, like the Dodge Durangos out on patrol at present, will allow police officers to go off road if necessary.

On the striping scheme, Brooks said the APD will be using a different scheme moving forward.

“I’ve gotten a lot of positive feedback,” he said. “I hope to put something out there all of the citizens think looks good.”

On each of the new Explorers, there is a thick blue stripe that runs along the vehicle. Under the stripe, “Atmore” is labeled in all black with a blue “POLICE” underneath. There is an Atmore police badge painted near the front of the vehicles.

At present, the APD has 19 Durangos in service. The new Explorers will replace five that are in service.

“A lot of our vehicles have high mileage and require high maintenance,” Brooks said. “The maintenance on these vehicles are out of sight. It takes a lot of money to keep patrol vehicles on the road.

“We go through a lot of tires around here,” he added. “When they get high mileage, it really becomes less safe in the vehicle.”