2 arrested for throwing drugs over fence at Holman

UPDATE: According to an Alabama Department of Corrections news release, the contraband that was allegedly thrown over the fence of William C. Holman Correctional Facility was in fact found near the fence at Fountain prison.

An updated story is below with the correction information.

According to Bob Horton, public information officer with the ADOC, at approximately 12:30 a.m., a K-9 unit from the William C. Holman Correctional Facility outside Atmore observed a suspicious vehicle parked at the facility’s entrance gate. Agents detained and questioned two female suspects who were found inside the vehicle, he said in a statement.

“After detaining the suspects, corrections officials early Monday found a package near the perimeter fence of the G.K. Fountain Correctional Facility located approximately 1 mile from the Holman facility,” he said. “The package contained cellphones, cellphone chargers and a controlled substance.”

Horton said upon the ADOC’s Investigations and Intelligence Division’s investigation, agents were led to a local business where they arrested 25-year-old Jafarris Williams of Montgomery.

“After questioning Williams, one of the two female suspects and owner of the vehicle, 26-year-old Curnasha Leshaye Thomas, also of Montgomery was arrested,” Horton said. “Williams and Thomas were charged with promoting prison contraband and prohibited activity on state property. Thomas was also charged with possession of marijuana, second-degree. The second female suspect was not charged.”

Williams and Thomas were taken to the Escambia County Jail.

Two Montgomery residents have been arrested for allegedly throwing contraband over the fence of William C. Holman Correctional Facility, according to the Escambia County Sheriff’s Office. 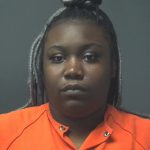 Bond amounts for both are still pending. 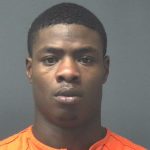 Habitat dedicates first house in Atmore Kim Fountain’s wait for a home to call her own ended on March 31.... read more