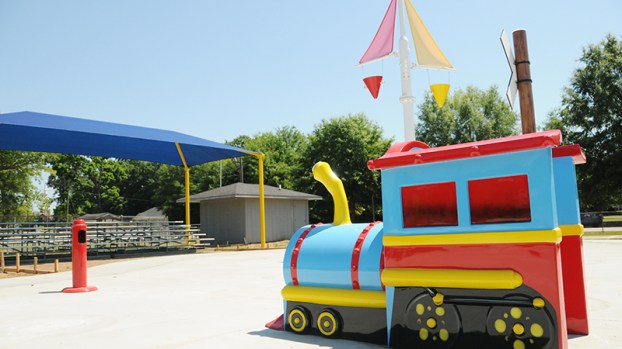 Community splash pad to open May 18

Just in time for the hot months of summer, there will be a grand opening held for the Atmore Community Splash Pad next Fri., May 18, at 2 p.m.

The ribbon cutting and grand opening is being held at the new splash pad site at the old ball grounds next to Heritage Park.

The project, a public-private partnership between several civic organizations and businesses, began in July 2017. After donations were raised, the splash pad began construction earlier this year.

The pad is 2,000 square feet, and has a covered seating area for parents.