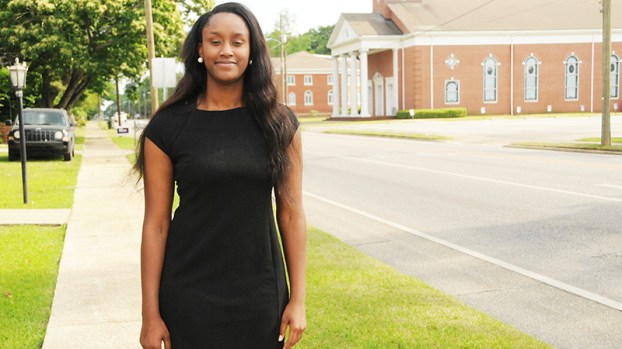 Sherese Craft has seen a lot.

The Atmore native has used previous experiences and turned it into creative expression as she has written a play called “How Far Will You Go To Get It.”

The play is about a boy that deals with gang violence, and meets a girl that leads him to God, Craft said.

“The title is all about how far will you go to have a peace of mind, despite all of the issues in one’s life,” she said.

Craft said she came up with the idea of the play from around town.

“As I look around town — our youth — they’re going through a lot,” she said about the recent shootings involving high-school age students.

Clutching a composition notebook filled with poems, Craft said the premise of the play just came to her one day.

She said much of the inspiration came from being involved in church, which has been a constant in her life.

At present, Craft is looking to fill the cast and is holding auditions.

She said there are 19 characters in the play, including a classroom scene of 10 students.

The main character’s name is Robert Matthews Jr., and the girl he meets is Amanyah Mensvant.

Craft said as soon as she can get the cast together, she’ll be able to set a date for the play’s run, which she’s hoping to have about 20 performances during a tour around the area.

Craft will also produce and direct the play.

For Jodi James, police officers hold a special place in her heart. Jodi is the wife of Ryan, a shift... read more