Despite the stigma caused by countless Dracula movies, a dedicated group of naturalists continues to demonstrate its love for the animal with a face only a mother could love. Those enthusiasts express their devotion to the bat, nature’s only flying mammal, all the way down to the bat jewelry.

Bat lovers met recently at Lakepoint State Park near Eufaula for the annual Bat Blitz, a celebration of the small animal that can sometimes be spotted zooming around street lights at dusk, dining on a smorgasbord of insects.

Nick Sharp of the Alabama Wildlife and Freshwater Fisheries (WFF) Division said this year’s Blitz was a joint exercise for bat biologists and enthusiasts from Alabama and Georgia. The Blitz is a collaborative effort of all the Alabama Bat Working Group (ABWG) members. Jeff Baker from Alabama Power and Shannon Holbrook from U.S. Fish and Wildlife Service served as co-chairs of the Bat Blitz committee.

Alabama State Lands Division’s Jo Lewis said the recent gathering was the 17th annual meeting of the ABWG, an informal affiliation of bat biologists and enthusiasts from many state, federal and private agencies across the state. The group holds the Bat Blitz in different areas of the state each year to sample the bat populations in those areas with mist nets deployed at night.

“In the north part of the state, bats appear to be more numerous because of the karst geology with all the caves. In the south part of the state, we have a lot of bats, but they don’t congregate as much in caves. They’re referred to as forest bats. They roost in trees. They’re actually all around us, but we’re kind of oblivious to them. A little bat hanging in a tree snuggled up against a nook or branch, you’re never going to notice.”

Another bat more common in the southern part of the state is the Mexican freetail. Sharp said the fast-flying bat is now most often found in attics because most of the large, hollow trees it historically used have been cut down.

A bat that is found in the northern part of the state but not the southern part is the northern longear, a protected species. Gray bats, also protected, are found in north Alabama. The most common species throughout the state is the big brown bat.

Currently, the biggest concern for the bat enthusiasts is the condition known as white nose syndrome, a fungal infection that has killed more than six million bats in North America.

“Nobody knows right now how white nose syndrome affects the tree bats,” Lewis said. “We’re hoping it doesn’t affect them because they don’t roost together as much and are less likely to spread the infection.

“We do have confirmed cases of white nose in most of the northern counties, as far south as Bibb County near Birmingham.”

Lewis said it is very difficult to determine how much the syndrome has affected the populations in north Alabama because of the labor-extensive requirements to do those studies.

“From personal observation in a cave that I’ve been monitoring for the past 10 years, it followed the classic series of events associated with the disease, and it truly decimated the population,” she said. “A tenth of the number of bats that used to be there are there now. I used to count hundreds of tri-colored bats in there. Now, we’re counting 30. It has definitely affected that bat population.”

Sharp said data from nine caves in north Alabama monitored from 2010 to 2017 indicate a reduction of tri-colored bats by 70 to 95 percent. He said counts at two Indiana bat hibernacula over that time period are down 95 percent.

Bats are predators and eat huge numbers of insects, which can be disease vectors. They eat mosquitoes, which can carry several diseases, including Zika. Some of the insects the bats are eating are pest species that damage crops in the state.

“Their simple presence can deter pest species from infesting crops,” Lewis said. “If you have bats working a field, you’re less likely to have insects that are going to eat the corn.”

Sharp said bats provide at least $3.7 billion in pest control service to agriculture annually in the U.S., according to a 2011 scientific study.

Lewis said human-bat interaction most often occurs at dusk and dawn, especially around street lights, but bats are active all night.

“Bats will sometimes take a nap in the middle of the night,” she said. “But they’re not roosting. They’re just getting a little rest before they go back out and eat more insects. The street lights attract insects, so it’s kind of like McDonald’s for the bats.”

Another area of concern for bat researchers and the public in general is the fact that bats can be rabies vectors. Lewis said this adds to the stigma of bats but that rabies does not appear to occur at a higher rate in bats compared to other wildlife. Sharp said rabies studies in bats showed infection rates of less than one percent in wild animals.

“But there’s an extremely important distinction,” she said. “When humans encounter a bat, they are not interacting with the regular population of bats. They are interacting with a bat that is acting extremely abnormally because bats avoid us.”

Sharp said rabies can be transmitted by a bite from an infected animal or by bat saliva entering an open wound. Sharp and Lewis said to seek immediate medical advice if you suspect contact with a bat resulted in either of those situations. If the bat is incapacitated or captured, take the animal to have it tested for rabies.

“If you’ve had contact with a bat, it’s highly advisable to have that bat tested because rabies is 100-percent fatal if symptoms appear,” she said. “It’s just not worth the risk. Anybody who works with bats at the Blitz has pre-exposure vaccinations. Anybody who hasn’t had vaccinations cannot touch a bat. We’re having fun, but we have real rules that we will not bend.”

One of the presenters at the Bat Blitz was Vicky Smith of A-to-Z animals in Auburn. Smith, who has taught thousands of school kids about bats and their role in our ecosystems, dispelled several myths associated with bats.

“One is ‘blind as a bat,’” Smith said. “Bats are not blind. Bats have tiny eyes, but we’ve actually discovered something about their echolocation, the way they use sound waves to locate the insects. What we found was that once they get close, they zoom in with their eyes on the insect. When they scoop it to their mouth with a wing or their tail membrane, they use their eyes for up-close work. Another myth about their eyes is that light hurts their eyes. That’s not true.”

Another myth is that bats will get tangled in your hair, especially folks with long hair.

“Bats will come close to you,” she said. “You are not a food source, but you have attracted their food source by breathing out carbon dioxide, which attracts mosquitoes and other bugs. If the bat echolocates and sees a buffet flying around your head, he’s going to fly to that buffet. They will fly quite close to you in the dark, and that can be quite scary. We believe that’s how that myth got started.”

A misconception is that a bat, which belongs to the order Chiroptera (winged mammal), is just a mouse with wings.

“Bats are not rodents,” Smith said. “They are about the same size, but a bat typically gives birth to one pup per year. A little mouse about the same size can give birth to about 144 babies per year. Another difference is tooth structure. The teeth in a bat are more like dogs’ and cats’ with large canines to crunch the exoskeletons of the insects.”

Although outreach and education are important, Lewis said the main goal of the Blitz is to catch as many bats as possible to assess the population in that area.

For Lewis, catching bats during the Bat Blitz is just a continuation of her infatuation with the species.

“I’ve been doing this for 20-something years,” Lewis said, “and I still love it.” 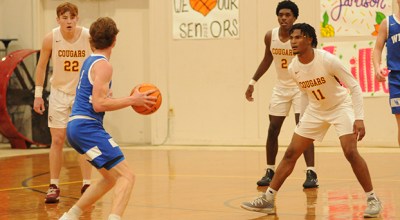 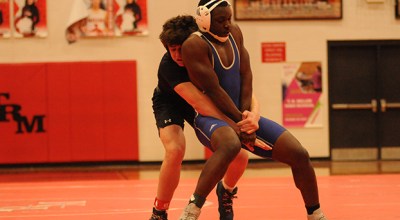 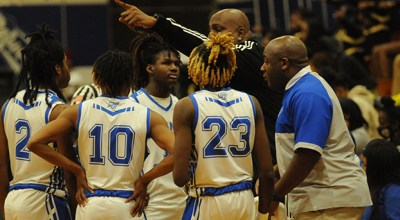 EA jumps 5 spots, ECHS remains at No. 2 in latest poll 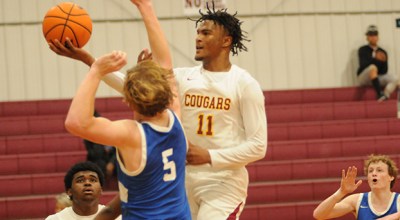 8U, 10U district tournaments to kick off in Atmore