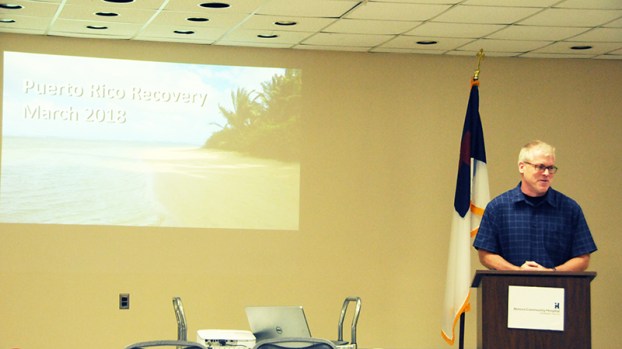 When Hurricane Maria hit the Common Wealth of Puerto Rico in September 2017, a group of locals felt called to help.

Dave Landis, who was born in Puerto Rico and a resident of Atmore, said when Hurricane Maria hit, some two weeks after Hurricane Irma, the entire U.S. territory was without power.

“We watched news reports, and got what we could as far as information,” he said.

Landis said members from Good News Fellowship, Grace Fellowship and Mennonite Christian Fellowship got together and decided they needed to help in the effort in PR.

Landis said they raised $50,000 for the effort, and the group decided that it would take the entire month of March 2018, and go to Puerto Rico in groups.

During the trip, between 40-42 volunteers showed up to help, and the groups took most of their tools down to the territory.