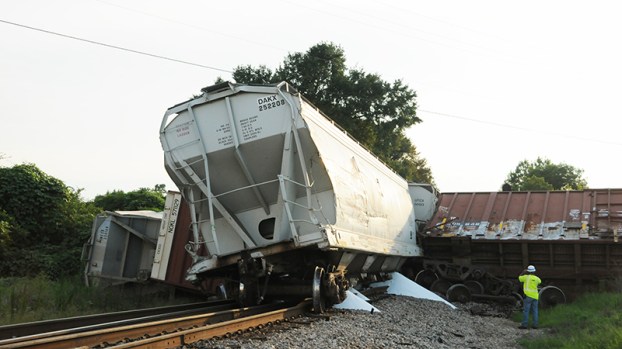 Part of a freight train carrying plastic pellets and fiberboard derailed near the 49 mile marker along Highway 31 in Wawbeek on Wednesday night, according to officials.

Six cars were involved in the derailment, and no injuries were reported, according to Escambia County Chief Deputy Mike Lambert. EMA Director David Adams said the train’s manifest listed it as carrying plastic pellets and fiberboard.

Because of the derailment, Highway 31 was closed during an almost 24-hour span for clean up. The Alabama Department of Transportation opened the highway at approximately 3:30 p.m.

Local law enforcement and fire officials responded to the scene at approximately 6:30 p.m. on Wednesday.

The train derailment is currently under investigation by CSX.

The Atmore Area Chamber Ambassador program has been reimagined. Recently, the group of high school seniors met at the chamber... read more