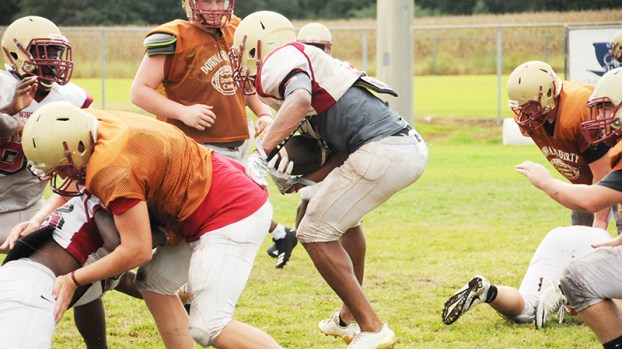 Northview, Flomaton to square off Friday

The Chiefs are coming off of a 46-20 victory over Lighthouse Christian, while the Canes enter the game after a 27-0 drubbing over NHS rival, Jay.

Marshman said the Chiefs accounted for 250 yards on the ground, and three touchdowns in the air.

Northview’s Seth Killam went 12-of-20 for 94 yards and three touchdowns with no interceptions; Jaheem Durant had 131 yards on 21 carries; Onterio Minor had 38 yards on five carries and two touchdowns, and had seven receptions for 41 yards and a touchdown; Trent Kite had a rushing touchdown; and Richardson and McMan had receiving touchdowns during last week’s win.

Marshman said he’s expecting the atmosphere this week to be quite different compared to last week’s.

“This past Friday, the stadium was a little different for our kids,” he said. “I told tem, ‘hey it’s going to be a packed house. It’s going to be really what high school football is all about.’

“Northview and Flomaton should play against each other every year,” he said. “A lot of them know each other. If you could write the definition of a great atmosphere at a football game, see Flomaton and Northview play.”

Marshman said Flomaton is a well-coached team, and they’re pretty good up front.

“It’s going to be a challenge,” Marshman said. “They played well against Jay. Jay had a couple early turnovers and then a fumble a few plays later. You can’t, if you’re playing a team like Flomaton, you can’t self inflict yourselves.”

Marshman said last week’s win was a big one for the team as it gave the players confidence and it could help in their playoff hunt later in the season.