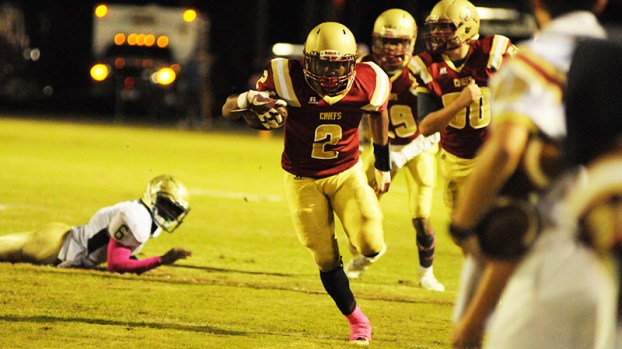 The Chiefs took a hot lead in the first quarter and rode it out in a 56-0 senior night victory over Snook Christian Academy in Bratt, Fla.

The entire second half was played on a running clock.

“It was a good game by our guys,” NHS head football coach Derek Marshman said. “I thought for the first time we came out with a lot of urgency. We played good football for four quarters.”

Much of the second half allowed younger players to get some playing time.

NHS visits Freeport, Fla. next week to end its regular season campaign. The Chiefs have gained a playoff berth, but an opponent and where hasn’t been determined, yet, Marshman said.

Marshman said tonight’s win was a good one for the seniors who possibly played their last game at home.

MOBILE — When it rains, it pours. A slight drizzle made its presence known throughout Escambia County’s game against Williamson... read more